The image preview on the file browser for picking files on web is often blank?

It only seems to happen with .png’s, but when it does ALL .pngs are blank like this until a close the file-picker and restart it. If I’m lucky, it will recover. 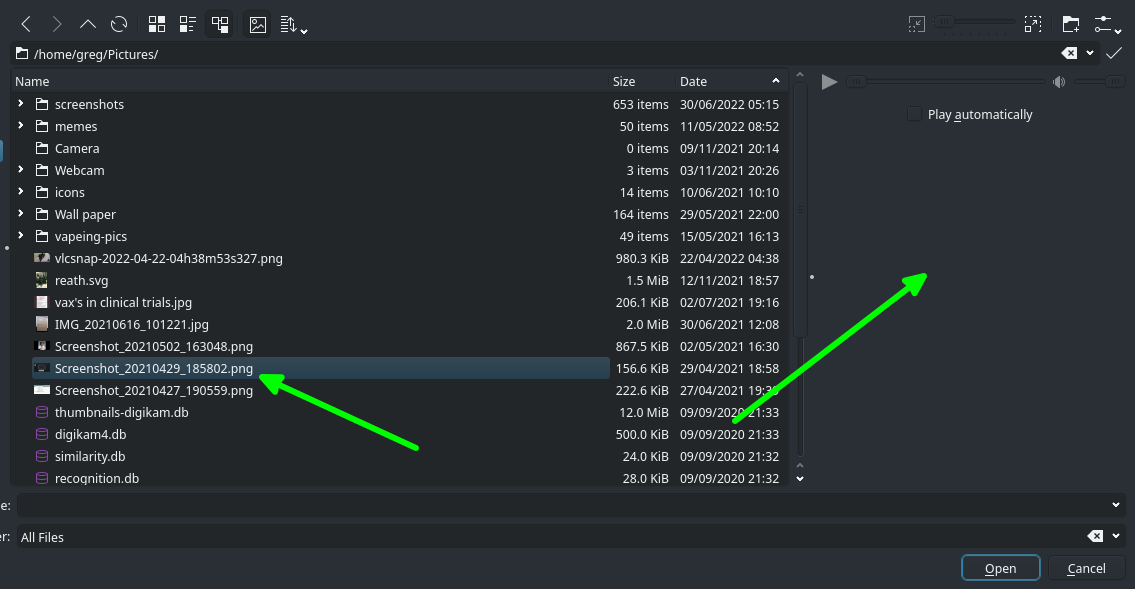 Not sure this is a thing, but if that preview gadget relies on available thumbnails (inside the image, or external), perhaps none was created for the image…? Force it to create thumbnails on its own, maybe? I don’t know if that’s a thing one can decide either. Or maybe use something like ImageMagick to do that, yeah, extra work, I know.
Disclaimer: I don’t use that feature, hate the very idea of it. But that’s just me. I’m sure it’s a wonderful idea for those who like it.

As an aside, I personally use Gwenview, even thought it lacks heaps of features and its behavior leaves a few things to be desired. It’s pretty fast and easy to use. I also use Geeqie because of its image comparison feature and visual sorting feature (via its Collection window, drag’n’drop images around, then rename using a prefix), although it’s a tad crash prone if used in full screen mode. ImageMagick’s Convert and Mogrify to edit images in bulk. Heaps of fun you can have with those.

I think, this is because of Security !

Pictures have to be interpreted to create a thumbnail or preview. If there is a vulnerability in one of the image libraries, looking into a preview is all it takes to exploit it.