I have same issue. Downgrading sddm to 0.18.1 fixes problem. Or leaving updated version and restarting sddm.service upon boot.

For some reason kernel 5.9 didn’t update, I got a warning saying the upgrade was being ignored? Managed to update 5.9 manually and now all is good and vmware modules are loaded again(broke on previous update). Running cinnamon

Thx for looking it up… when i had the problem when updating it was late in the day and i rather reverted to the timeshift backup i just did before. GJ

Edit: Finally got around to upgrading without sddm. You were absolutely correct. Race conditions are really annoying sometimes

Yes, you will have to skip the package for the upgrade as of now.
That is because there are currently no nVidia drivers for kernel 5.9 (see here ).
Hence, nVidia graphics cards will not work with Linux kernel 5.9 unless you switch to the nouveau driver.

Partially wrong dude… Am on 5.9.6 with a gtx 1080 and proprietary drivers… only the opencl and cuda parts are non-functioning. Atleast graphics work fine. Although i have to admit only the 450xx and 455xx driver version are available.

A post was split to a new topic: About latest stable update

Yes, you will have to skip the package for the upgrade as of now.
That is because there are currently no nVidia drivers for kernel 5

Its only cuda not working with kernel 5.9 atm, I’m running 5.9 with the latest nvidia drivers

I’m not sure why 440 drivers were not packed for kernel 5.9 but I guess it is already deprecated, so you’ll have to move to either 450xx or 455xx (latest) that are available. This will cause a dependency cycle so likely you will have to uninstall all modules “linux##-nvidia-440xx”, nvidia-utils and lib32 version, as well as anything else needing it (nvidia-xrun) to then reinstall everything on the updated driver series.

Also, if anyone have any environment variables set for vulkan, either globally or on steam, when upgrading driver it’s good to check again for the correct locations, newer location is on /usr/share/vulkan/icd.d/

:: Do you want to skip the above package for this upgrade? [y/N]

According to a post by Phil only the 450 and 455 drivers will compile with kernel 5.9. Looks like people may have to switch to a lts kernel if they need older drivers

So I have to uninstall old nvidia drivers and install the new drivers. And uninstalling these drivers does not uninstall the rest nvidia utils and lib 32?

As far as my noob knowledge go, the nivida-utils is the driver (lib32 is the 32bit libs for it), the linuxXX-nvidia-450xx and etc are modules needed by the kernel to make the driver work, they are compiled by the manjaro team.

(KDE Plasma) I am having problems with audio.(Since previous update) System does not switch properly whenever a device is attached to audio jack. Speaker turns off but no audio in headphones and need to manually switch from either settings or system tray. Also very bad static is being recorded with any mic i use (internal or external).

If anyone can suggest where I should look for diagnosing the issue, it will be much appreciated. (Haven’t found anything in Ksyslogs)

i see only trying connexion but no error returns ?
no mail since Saturday

new version thunderbird is working with only TLSv1.2 et TLSv1.3
if your fai is using older version
go Menu Edition/Preferences > Général, go at the bottom page : configuration edit
and seek : security.tls.version.min ( defaut is 3 , go to 1 il only working on old TLS )
@Chrysostomus @philm 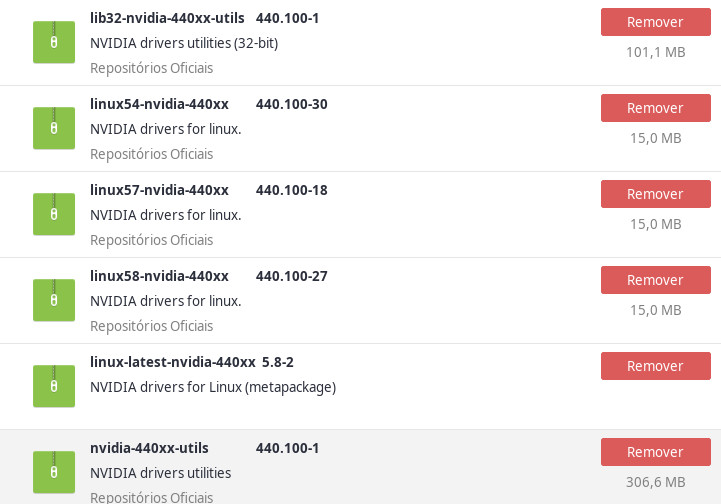 Everything containing 440xx in its name. Except for mhwd packages.

The same problem here, sddm won’t start, just shows the cursor and black screen. I had to downgrade to 0.18.1 and now works fine.

@philm maybe sddm should be reverted to unstable until this issue is fixed.