I recently did a clean install of my Pinebook Pro (PBP) using the manjaro-arm-installer to flash Manjaro ARM KDE to the internal eMMC. Upon first boot, I ran sudo pacman -Syyu to update the installation. After powering off the PBP I was unable to boot it again from the eMMC. Strangely, booting once from a Manjaro ARM instance installed on a microSD card seems to have fixed that issue, and I am now able to boot into the PBP again. However, systemd reports that it is in a degraded state, with a failure to load the systemd-modules-load.service. The output from jounalctl -xe is below: 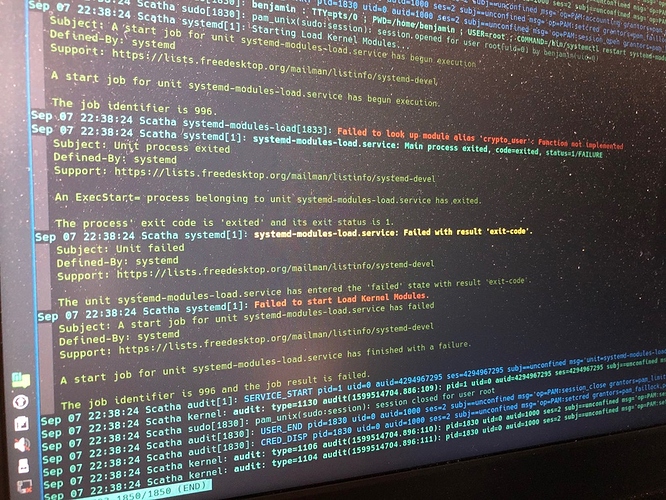 This was never resolved. In the end I used dd to zero out the internal storage, and reflashed it with a non-manjaro-arm-installer pre-built 20.08 image.

Is this when booting from eMMC without an SD inserted?

This post would indicate that the device might try to load a boot partition that does not match your root partition.