Surface Pro 6 wifi Not available (Manjaro only, No Dualboot)

Hello good people,
I have an issue with my SP6.
In my USB I think I had the Manjaro (Gnome) 21.1r5 or Something, a Version available for Download from the official Manjaro site of course!
During Live Boot WiFi was available, so I connected and installed the system.
After the reboot, WiFi was available, too - everything as expected.
Pacman notified me about the die Updates so I installed them, asked for a reboot to put Updates in place.

Right away after the reboot, the WiFi Option ist not even available in the settings, it Starts with the Network Options, Ethernet only.

I reproduced this Like 5 Times, this was 3 Werks ago, so I Just decided to give it a little time and retry later.

In the meantime, I updated my live Stick to Manjaro Gnome 22.x (Last sunday) for another Install in my Desktop (works perfectly, also WiFi only, but obviously different components) and I was foolish to try updating the SP6, too.
Now the WiFi ist gone again.

For me this hast the smell of a bugged WiFi Driver when it comes to the SP6 WiFi Module.

Anyone any Idea about that?
Maybe Worth noteing that before this the SP6 Ran ca 1 year already on Manjaro Gnome, no issues at all.

I don’t know which kernel the latest Gnome image uses.

My suggestion is to use a LTS kernel like 5.15 or 5.10. The command below has added the headers - I don’t know if you are using any dkms modules - so for the sake of insurance

Reboot and press the Shift during reboot - this should force the grub menu - then selected advanced options and kernel 5.15 or 5.10 and press Enter

Anyone any Idea about that? 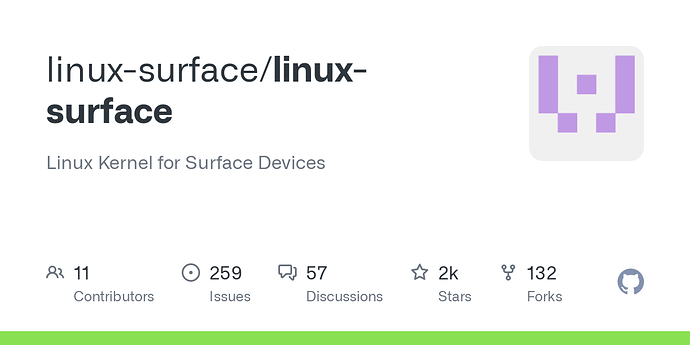 Linux Kernel for Surface Devices. Contribute to linux-surface/linux-surface development by creating an account on GitHub.