This is a bit of a followup to the USB 3 issues in this thread, where neither @Darksky nor I could plug an NVME SSD (boot drive) in alongside the USB 3.0 2.5 Gigabit Ethernet adapter: Raspberry Pi 4 (4 GB) + Sabrent 2.5G Ethernet-to-USB 3.0 Adapter?

I wanted to post a quick followup on this, as:

I wanted to have a powered USB 3.0 Hub available for items I was concerned weren’t going to get enough power off the USB 3 bus, especially if the Pi was suspended or sleeping (e.g., keyboards and mice, USB flash drives, etc.).

I plugged the hub into power, turned it on, turned on all four USB 3.0 ports (they’re individually powered), and plugged it into the open USB 3.0 port on the Pi.

Instant crash. The SSH session I had open didn’t disconnect immediately, but it did nothing but sputter out garbage and I couldn’t get any useful diagnostic info off of it.

At this point, I’m wondering if the USB SSD enclosure is misbehaving somehow, and cannot coexist on the USB 3.0 bus because of that. It doesn’t make sense that the Pi’s hardware should choke just having a USB 3.0 drive and an unused hub with 4 open ports connected. There’s no real increase in I/O if the hub isn’t in use, right?

So…maybe it’s the disk enclosure?
Here’s what I get off mine as far as diagnostic info:

I assume this is true as smartctl -a /dev/sda identifies the drive correctly as:

I’m pretty stumped at apparently not being able to use anything on the USB 3.0 bus when the SSD is inserted…

I have no clue if this fixes this or not but I upgraded and pushed to the unstable branch the rpi-eeprom package the other day that fixes some type of nvme boot issue. It will be:

I have one of those little 4 port powered USB hubs too, however mine is not Sabrent. I am not able to plug/unplug mine after the RPi is booted or bad juju happens. But if I connect before booting, all is good. I am able to connect and disconnect USB devices in the USB hub, without issue. It is the plugging in of the USB Hub itself after boot, that causes the RPi to have issues for me.

@Darksky I’ll try this sometime tonight or tomorrow. Thanks!

@0n0w1c good to know! It’s been a long, long time since I had to worry about not hot-plugging USB devices.

If the new NVME firmware stuff does not fix it, I’ll go back to trying to contemplate how to upgrade the firmware on this USB enclosure. Orico does NOT make it easy to figure out. (Apparently, the Pluggable enclosure uses a different chipset that works a bit better, and can be assembled tooless. Alas.)

Quick followup re: how to switch to the unstable branch the right way. Do I have this process right?

Note 2: It didn’t offer me an EEPROM update until I installed the rpi-eeprom package.

The flash appears to have worked

From the release notes re: USB/USB boot (rpi-eeprom/release-notes.md at master · raspberrypi/rpi-eeprom · GitHub). I’m not sure what some of this means (e.g., the start.elf modification?), but I did notice the callout to my specific Orico external NVME <–> USB 3 enclosure, which has failed to boot in the past (rainbow screen) and needed a hard reboot. Even though I don’t fully understand what it means, it seems like the January 2021 update was also targeting USB drive stability?

@Darksky Is there anything specifically I can do to help test how this is working, aside from updating to the latest bet trying to plug in the USB 3.0 2.5GbE dongle?

Just to see if it helps with your issue in any way.

Awesome. I’ll plug up the USB hub in a minute and see if it remains stable for 24 hours with nothing plugged in. 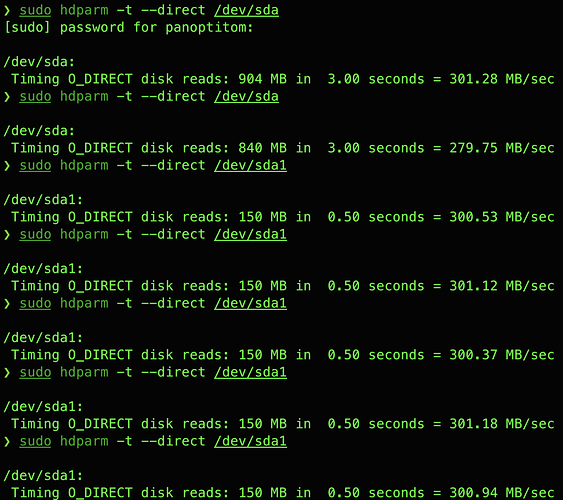 EDIT 1: It’s 11 PM US Central Time on March 17, 2021. The USB hub is plugged in, and visible to Pi. I’m not going to use it, and just use the Pi as normal. If the Pi doesn’t crash in 24 hours, I’ll assume it’s stable and start experimenting with plugging things in.

I added some additional info to my earlier post, just to document the parts of the firmware release notes that seemed to be related to NVME/USB boot.

A couple of questions:

EDIT: I plugged the NVME SSD enclosure into my powered hub and started up the Pi. It boots. @Darksky , I think this is a definite improvement. I could not get it to reliably boot from the SSD when it was plugged into the hub before. I’m very pleased with this, as I was concerned about the Pi being able to adequately power the NVME over the bus.

On the downside, the hub does appear to introduce some significant overhead. I’m seeing a 15-25 percent read speed drop in hdparm vs plugging the drive directly into the Pi. The slowest I’m seeing is still ~245MB/s, which is still leagues faster than the internal SD card (~45 MB/s) or the onboard 1Gbps Ethernet.

EDIT 2: I ran into some serious issues when I tried to shut down the Pi so I could unplug the onboard Ethernet. It absolutely refused to come back up. No disk activity at all while the SSD was plugged into the hub. I removed the hub from the Pi and plugged the ethernet adapter in directly…and it had put itself back into USB storage mode (for installing drivers when plugged into a Windows machine).

This command switches its mode to ethernet adapter:

However, the mode switch does not survive restart. I’m going to have to look at a udev rule, I think, which I don’t completely understand how to write. I know there’s a way to automatically run that command on startup with Udev, though.

EDIT 3: I bounced around google last night until I found someone who was trying to do a modes witch on their USB device via Udev, and wasn’t also trying to do sixteen other things at once, so I was actually able to figure it out.

After making sure the right usb device name is used in ‘nmtui’, the interface comes up:

Update: It crashed again, roughly 2 minutes after I updated this post to say it worked. While the new firmware definitely improved things–the SSD and ethernet adapter were stable on the same USB bus for minutes before it all went boom–it’s still apparently hardware limited.

It didn’t seem to make a difference whether the SSD or the USB ethernet adapter was plugged directly into the Pi, while the other device was plugged into the powered hub.

I need to get back to work, but later on I’ll do two more tests:

Since I still can’t get LightDM to start with this version of the kernel, I’m left with no way to interact with the Pi without a restart.

Here’s what I got off dmesg. I noticed it failing and restarting a lot before finally getting an address, and still throwing errors about not being able to, e.g.: “device (eth1): driver ‘r8152’ does not support carrier detection.” If the pattern of failing and then succeeding to talk to the device repeats, it’s no wonder it eventually loses connection–though admittedly, I don’t fully understand why sshd becomes unreachable but the device remains pingable.

Have you tried increasing the power to the USB ports?

I found the setting in this link, no clue if it works or if it will allow the magic smoke* to escape from your RPi4.

Oooh. I didn’t know you could amp the USB ports.

Like you said, I’d be a bit wary of frying it. I also very occasionally get the undervolt rainbow. I’m not sure how much extra juice is left in my power supply.

(Are there Pi PSUs meant for overclocking?)

The 3.5 amp power supplies are .5 amp over spec. I get them from CannaKit.

I happen to be using a 3 amp power supply today. I am using a low power SSD while I compile the kernel. And for the first time, I am seeing under-voltage warnings. So I highly recommend the 3.5 amp power supplies.

That’s the one I have, with the switch.

I’ve also got overvoltage set to 6 and am overclocking the CPU to 2000MHz. I’m wondering if I’d be pushing my luck under those conditions trying to push the USB current.

I’d be awesome if there was a way to monitor how much power the Pi is actually using vs. how much is available in a stable way.

I switched to a 3.5 amp power supply before I started another kernel compile, and have not received another warning since. It could be that the 3 amp just happens to be a poor power supply. There are USB power testers, but I have not ever used one.

Found this issue today. Maybe now it will get some attention.

Found this issue today. Maybe now it will get some attention.

This issue has been with the pi4 since day 1 with interference. Depending on which side of the fence you are on they have played the blame game. RPi says improper shielding with the ssd plugged in and others say bad design with the pi4 board.

Hehe. I have my ssd enclosure wrapped in tinfoil but it is just a stick so no box with vents like some have.