We just pushed some more package updates for Breath theme to our repos. Those should also fix issues with SDDM.

Okay, but if kconf_update should fix the issues from Breath2 to Breath, then I can say its broken.
Because I did just Upgrade and let pacman/Pamac do everything (did not change anything from on the themes before upgrading) → everything was “soft broken” on my system and had reset SDDM Lockscreen, Theme/Console Profiles etc pp to have a “usable” system as before (with Breath Dark)

also after first boot the Lockscreen was so bright - like a Light theme active, was a pain to get it back to the default one (Lockscreen was a easy fix but not startup loging screen)

then I can say its broken

But it worked for most of people. I can’t assume all configurations…

SDDM wasn’t updated as it’s a part of system config.

Also cannot be changed via kconf_update in a reasonable way.

also after first boot the Lockscreen was so bright

It was an oversight and the latest update mentioned by @philm should fix it.

Mostly “your config” just had breath2-dark active (just switched it in the quick settings so no custom) and jep it did not “upgraded” it correctly but now (as I fixed everything) I cant retest it so - It maybe fixed now.
My bad to say just SDDM → meant Loging Screen (SDDM) Theme → had to Apply Plasma Settings + Apply Breath Theme (after enabling Breeze) to “reset” my lock screen to the correct one

Yes, there were some reports that it’s not changed, don’t really know what’s wrong here, maybe some configuration glitches? If it’s not done automatically you can always do it by hand. It all was needed to ease future updates so hopefully we won’t have such big changes any time soon.

So, the system itself seems to be working after the update, but for some reason, since the update CS:GO is broken. Character and weapon models are horribly warped (see image below) and certain things that should be red are now blue, i.e. blood is blue and red text outputs, for, say, packet loss, etc. are blue instead of red as well.

I don’t know how the update is responsible for this, but it was not the case beforehand.

Edit: Some more “testing”: Other games I own are working fine it seems. Linux-native titles like Valheim and Dota 2 are still working flawlessly, and even Proton games like Dead Space are unaffected by whatever is happening to CS:GO. Even a non-Steam title running through WINE is still fine. It seems like it’s only CS:GO that doesn’t like something that was included in this update. 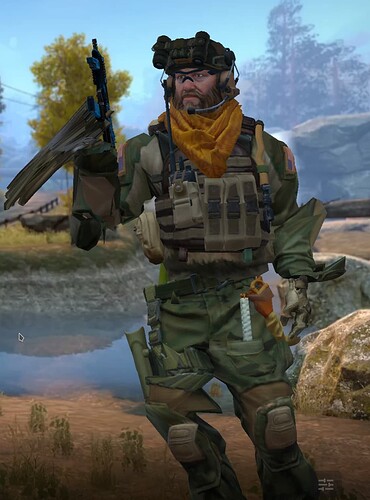 Instead of my username I have funny characters in konsole. Cannot find a way to fix it. 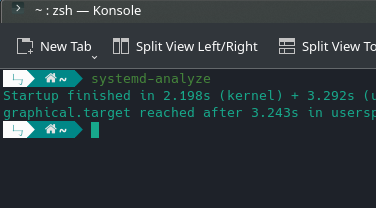 Can you provide a screenshot?

since the update CS:GO is broken. Character and weapon models are horribly warped

This is the duplicate:

CSGO has weird artifiacting since the update Gaming

I’m using stable branch. Game was running fine on 470 driver before the large patch. Now I get graphical artifacts in game and the colors aren’t right either. For example the molotov has an odd green tinge to it’s flames. My crosshair which was pale light blue is now yellow. The NetGraph output is an odd blue color when it used to be somewhere between pale orange or pale yellow. I uploaded a couple of Images here: h**ps://imgur.com/a/QlWfrl5

We’ve worked with KDE on that and now Breeze system settings and file manager icons will be colored to your accent theme. Will be available in KDE Frameworks 5.90.

No, no problem. It’s just about defaults change. You can use whatever you want, we don’t force you to use zsh

. But I’m more than sure that you can do the same styling for it.

Themes problem on my Cinnamon installation.
Why is the “Darker” theme no longer available? So far I always chose “Mint-Y-Darker-Teal”, which unfortunately no longer exists. That was so nice with a darker menu bar and a light background. I don’t like a completely dark theme, even when everything is light.
Is there any way I can get that back?

Any ideas why this happened? Its happened to me too.

I am on Xfce; after this update I see bigger fonts and Whisker menu no longer honor all directives placed in ~/.config/gtk-3.0/gtk.css, in particular this:

Furthermore I still have the issue about lightdm (since September):

You are now using default Manjaro KDE shell - zsh. To return back to bash, create a new profile in Konsole settings and set “startup program”(or some like that) to /bin/bash.
But maybe you would like to try zsh out.

Then this fun is there deliberately?

SDDM login colors are being rendered for me in a sort of high contrast efect, I tried setting the SDDM theme to Breeze, logged out and back in and then to Breath and still it looks like this: 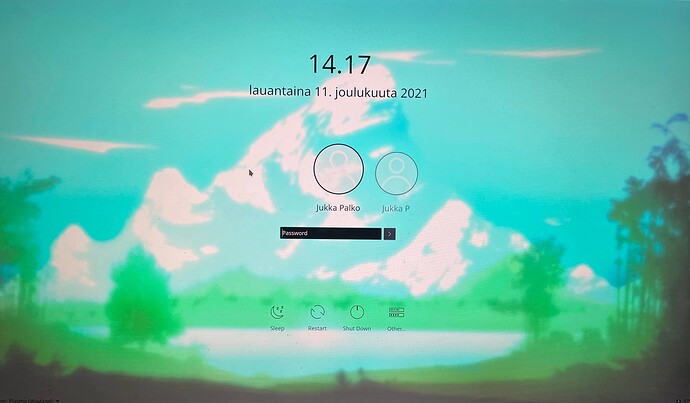 Did you sync before the update? Try one more time, now it should work.