Only the apps are updated.

I had an issue related to npm; “exists in filesystem”
I fixed it by doing npm r -g npm and then upgrading again
Besides that, everything went smoothly.

Hi,
I have a small issue on one machine. While updating language it failed, without any hints 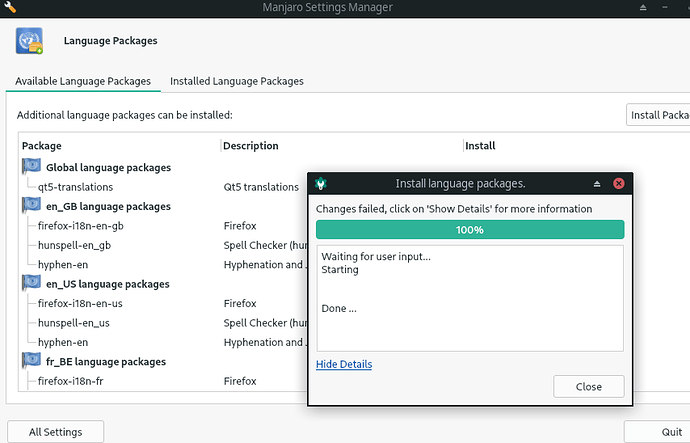 after update, VLC plays all videos with dark screen, correct audio though.

I upgrade without issues but my gnome desktop not changed to 40.0 just version updated

We updated Gnome Apps to 40. Shell and extensions are kept at 3.38 series.

Currently some of the default extensions manjaro uses haven’t been completely ported to gnome 40 yet, such as dash to dock and dash to panel. The respective devs are working on it though, but they’re currently not stable yet. That’s why I’m guessing there’s a delay, and it’s likely that the gnome-shell update will be delayed until these extensions are in a more workable state.

I had to remove the following conflict packages before the update:

now I have no sound, even with pipewire pipewire-pulse pipewire-jack pipewire-alsa installed and I can’t play any videos, neither the media player nor browser, since they just doesn’t load.

After the update, when I type yay -Qtd in the terminal, I get exit status 1. This is new and does not seem to be normal. With pacman -Qtd, everything behaves normally as before (which means no output in this case).

I’m using kitty as terminal emulator. Before the update it worked fine, but now I get:

Any ideas where to look?

Do I need to something else after a kernel update, when using the Nvidia drivers?

I had to answer some questions:

All worked well so far

I had an issue whilst updating Gimp (plugin) that requires gegl >= 0.4.30. Currently, the version from the Official repo doesn’t meet such requirement, so it would be nice to update gegl next time.

Gnome shell hasn’t been updated to 40 yet. It will be there after testing thoroughly.

Just a cosmetic issue, 5.10 is not flagged as LTS in the kernel manager: 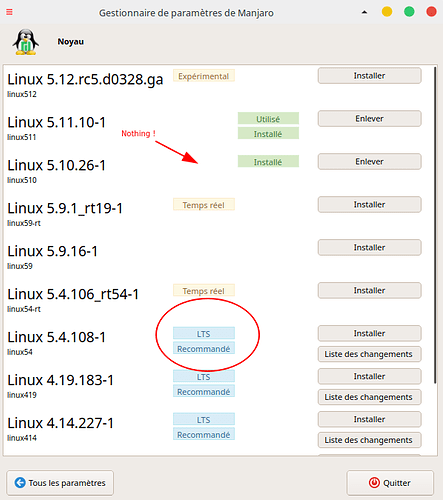