Spotify is broken on all methods of install

I’ve tried 3 installations for Spotify so far. The installation itself worked fine, I had to run a command to fix the GPG key issue for Spotify in the AUR but it worked. The issue is when I try to play songs.

The first song I play starts playing instantly. The issue is that it says 0:00 as if the song hasn’t even started playing. The volume slider doesn’t work either. When I switch songs, it either doesn’t work or takes 20 seconds. When it does work, it still says the old song is playing. When I try pausing it, it doesn’t work. Sometimes the pause button does work, but only half that time does it say the song is actually paused. It also doesn’t let me skip around.

These issues persist on all methods of install. (AUR, Snap, and flatpak)

Has anyone else had this issue? I might have to use a 3rd party client and see if that makes a difference, although I wouldn’t prefer that.

Has anyone else had this issue?

For me personally, I haven’t had issues on any of my 3 computers. I use the one built from AUR.

Hi. It’s not really a solution, but Spotify also has a web player. When my desktop client (from AUR) doesn’t work, I just use that. 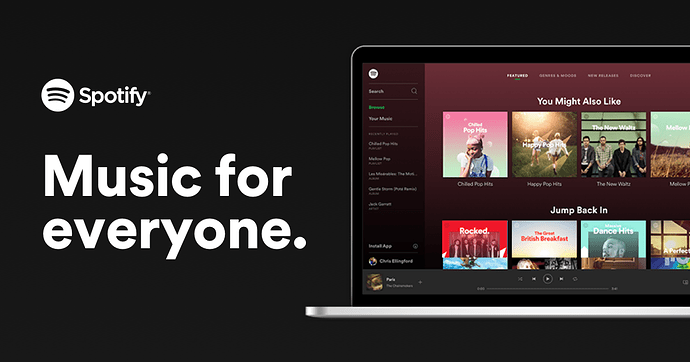 Spotify - Web Player: Music for everyone

Spotify is a digital music service that gives you access to millions of songs.