Some Windows based systems is not compatible with Manjaro

By accident - I just learned that not every system running Windows 10 is able to dual-boot Manjaro.

Now you think - what?

I have this client - for which I - long time ago developed a customized application.

Over the years there has been a lot of fuzz - can it be used on mac - and I had to remind them - this only works on Micrsoft Windows.

Until today - where I had this employee - which couldn’t get the app installed no matter if he was trying 32-bit or 64-bit. (The app uses SQL Express as database engine)

So now you know - some Windows computers are not directly compatible with Manjaro in the current normal version - I don’t even know the Manjaro ARM version can be installed.

So … some windoze machines have ARM and so they arent covered by a regular manjaro ISO?

Thats seems pretty expected to me.

(of course unless the device is somehow supported by manjaro-arm)

some windoze machines have ARM and so they arent covered by a regular manjaro ISO?

Yep - as the system is ARM based - any x86 based image will not work.

But … it seems some of these devices are starting to gain traction … and after the apple release I suspect there will be even more interest. 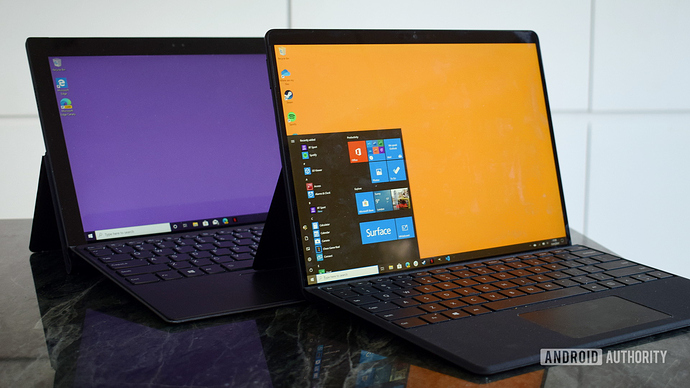 Windows on Arm in 2020: An ecosystem finally worth buying into?

Yep - I was confused at first - when the client couldn’t install the apps needed - I did know there was a thing years back with Windows RT but I didn’t know they had - recently - released devices running windows 10 on ARM architecture.

And a bi product of this is more and more systems shipping with Windows S.

Yes - a consumer locked down version of Windows - very much like macOS.

I just had 5 systems passing through for the client - cheap winbooks - but with Windows S - and it is next to impossible to disable without creating a Microsoft account - so I had to reinstall all 5 using the latest Windows ISO.

I read an interesting analysis piece the other day WRT Qualcomm’s Snapdragon vs. Apple’s M1.

The author bemoaned the fact that Windows has a native ARM version, but will not release it for general public use; they keep it exclusive for their Surface products; author said that MS’s x86 emulation on WinArm is pretty good.

So I’m wondering if your client’s machine is a Surface. If so, maybe you’ve found one of the items that x86 emulation just doesn’t like.

if your client’s machine is a Surface

That could be - I was having the thought - but I didn’t ask - as he is a contract hire supplying his own hardware - but what you say makes sense.

Like Apple they don’t want their hardware to be pestered with foreign systems.

If the device is Arm based then no other distro will run on in until someone figure out its bootloader.

As arm devices does not have any standard bootloader (bios) it is very difficult to get any other os to boot over it.

This topic is about Arm devices running Windows Arm

As @spikerguy said, ARM is not an uniform platform as x86 is.

In reality each ARM device is different.

x86 even kept a board battery for a long time just for the shake of backwards compatibility.

If the device is Arm based then no other distro will run on in until someone figure out its bootloader.

Thank you for the info. I talked to the employee and it is indeed a Surface Pro X SQ1.

The reason for creating the topic was not to seek advise on dual-booting - merely to make it known to the community.

Are you sure it is an Intel x64 platform?