Hi Hi,
Its been some time since the last SbK release. To kick off the 20.1 series I am pleased to announce SbK Deepin 20.1. 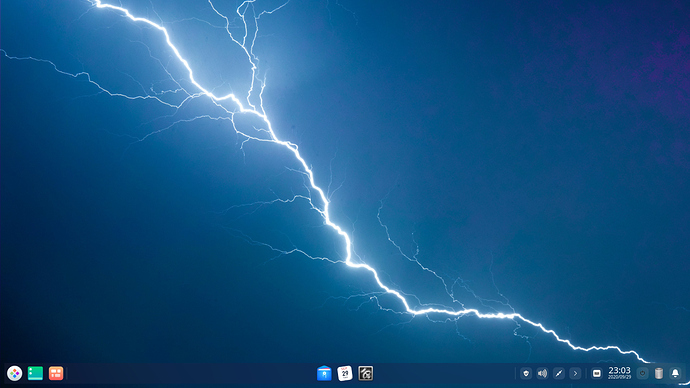 I mentioned a Deepin release awhile back on the old forum. Since Deepin has upgraded since then I thought it was time to make a Deepin spin.

A full and minimal iso can be downloaded here…

The package selection of most spins is being looked at and I am looking at making it similar between spins that use the same toolkit. Deepin uses both Gtk and Qt, so it will likely be a lot different than the rest.
Sadly I was unable to sign in on my old account on this site and couldnt remake it with the same name. So this is the new one. Same sites elsewhere.

As always comments, questions, and suggestions are welcome, just post below.

Neither the full or minimal detects my wireless card. All my neighbors show up. Some pop up and then disappear. Bizarre. I used to see this kind of behaviour a few years ago but Linux became quite good at wireless detection.
Not surprised. Deepin will never get out of beta. Ive played around with various other versions of Deepin and and they are all plagued with problems.
Not blaming you Jim B and all your hard work…

Sadly wireless setups are not one of my strong points, my house is mostly wired and there is only one laptop in the house… To be honest Deepin is buggy and I mainly made this spin to let people try it.
Just a curious question, do any of my other spins have the same issue?