"RUN fsck MANUALLY" and what should i do after this?

my old pc doesn’t boot since 1 week. i trying eject graphic card just now, and I saw those:

and i wrote “fsck”

what to do with it? 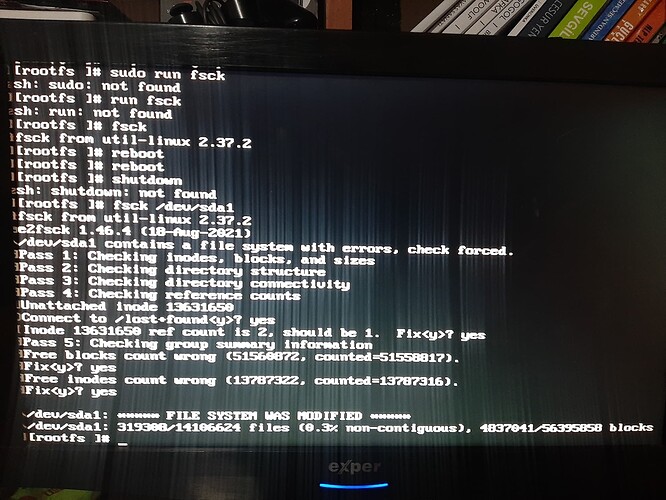 thanks for reply, what about now?

It seems to have fixed some stuff. 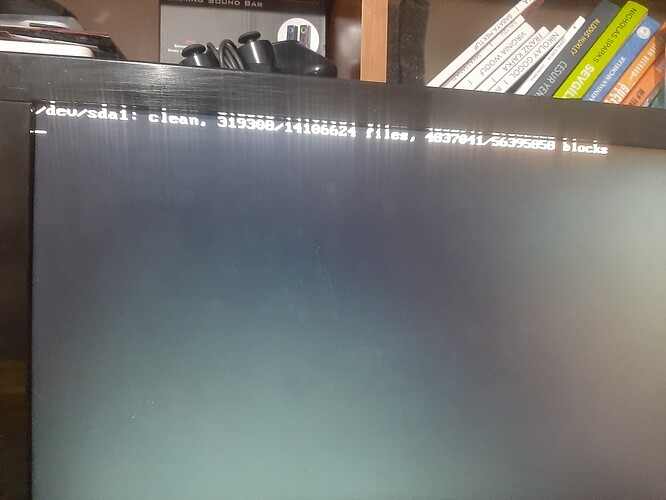 I’m waiting but it won’t open

If you can access terminal (you can try Ctrl-Alt-F2) then you can try
fsck -f /dev/sda1
Which forces deeper check. Its worth running again and again until it stops finding issues.
If you keep getting issues again and again (especially common on a smaller size cheap/fake/old/ heavily written flash drives/SD card) it might temporary help to move the partition slightly to the right
Unfortunately indexing on ext4/ntfs limits load balancing for flash (there are alternatives FS’s) and the index/fat table is always on a same place so if you keep creating files a lot of files (software/video/music compilation/editing) flash wears-up. in the index/fat-table area )luckily in case of most linux partition you wont lose data this way, (Not an official view)
If you cant get access to terminal you need to get too boot menu (eg grub) which in most cases includes holding left Shift or Ctrl and at the end of boot line add /bin/sh and boot the edited version.
if you cant access boot menu (such as on PI ) then you will need another computer. or boot from another drive accessing this one as a secondary drive

I guess more, you shut down the pc with the reset button, because then mostly the system want do a fsck.
To avoide that, you can switch to another terminal Ctrl-Alt-F2 - F6, login with your username and pw and type

I had some problems too with the update and my system didnt start anymore.
You can switch to an other tty with Ctrl-Alt-F2 and try to see if your Displaymanager works with

then switch with Ctrl-Alt-F7, where the Manager usually run.
If there is a black screen, switch back, and do a

Else i would say, there did break something more. So, did your update run well before a week?