I’ve got this problem that whenever I type something in terminal emulators like QTerminal, UXTerm, XTerm, the characters that are typed get randomly displayed around the place where the command is being typed: 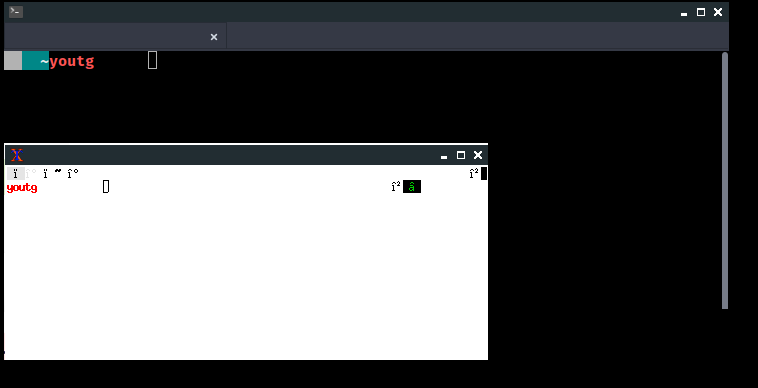 Here I was typing youtube-dl, the terminals were trying to do auto complete I suppose, in mid way I mistyped one letter and for some reason the cursor moved to the right leaving a space in between even though I haven’t typed any space characters. Usually, when I try to edit a part of a command It sometimes gets messed up that it makes it impossible to see what exactly I have typed. When I fill one line full of characters and it goes to second line, characters from first line disappear and then appear one by one as I delete them.

I noticed that whenever I resize the windows of QTerminal, UXTerm, XTerm the place where you input commands seems to get updated properly. Also, I got another terminal emulator called Termite and I don’t have this display problem with it.

I would like to know how can I solve the issue.

Terminal emulators is a matter of preference.

I have never become friends with the xterm family - I really don’t know why but I do know I recognize the issues you mention and I have not had the interest in using aged terminal emulators which requires yet another type of configuration file.

Termite was my preferred terminal emulator for years but it has been discontinued by the developers in favor of Alacritty - which is not depending on the gtk vte library.

QTerminal has always been a little awkward - the ux is inconsistent - at least to me.

I have been switching to Sakura and Alacritty as my preferred terminal emulators - mostly because the behave as expected when using ssh into remote systems.

Thank you for suggestions.