Opened the Manjaro menu today and typed ‘QR’ in the hope of being able to harness the front camera to read a URL/text and to my surprise I didn’t see anything appear.

A FOSS QR Code reader exists, but I’m wondering if this is something that others might like in Manjaro, as a default application in the more full-featured ISOs?

You can use CoBang. The app is in AUR.

but I’m wondering if this is something that others might like in Manjaro, as a default application in the more full-featured ISOs?

I don’t think it would be good as a default app, as it only works on computers with a camera.

You can use CoBang. The app is in AUR.

Thanks Tomek. Surprised there’s no app in the extra or community repos but this could be the one for me

I don’t think it would be good as a default app, as it only works on computers with a camera.

Makes sense. I assumed most laptops today ship with a camera? PC obviously no, but I was wondering today whether every 2nd FOSS PC user has a webcam for Jitsiing or whatnot. Maybe not.

Could be something for future study/understanding.

EDIT: Supposedly the main issue would be that drivers for the camera would need to be included which might bother some of folk, too. Maybe a choice during the install process? Similar to the choice for LibreOffice or whatnot.

What are you hoping to achieve?

QR codes are meant as means of not having to type the address so I can’t really se the usage for a laptop or a workstation.

Thanks both of you,

Judging by the 124 views versus the 3 likes I’m going to assume that at this stage there’s no appetite for QR code reading and possibly, even the technology for reading QR codes is, can we say, “held at arm’s length” at the present time.

To answer your question …

What are you hoping to achieve?

I just like it as a basic copy/paste between computers. It also complains if you give it non-ascii characters, a sort-of feature in some respects.

QR codes are certainly useful - no doubt about that.

In my primary project for at client we use QR codes on lists generated to create easy access to various documentation on chemical products such as usage instructions and risk assessment.

The QR codes - when scanned - provides the requested document generated on demand from a database directly to the end-user’s phone or tablet.

If I understand you correct you seek some similar functionality - perhaps the link is used to save the file to the device scanning the link?

There is a couple of python packages available

Install the python-qrcode package, then - in terminal - run

and scan the result with your phone or supply a destination

Nice example! It looks like a good QR code generator. Does it handle different error correction levels? ie. the more error correction the larger an icon you can place over the top of a QR Code.

Keep in mind it was a QR Code Reader (and admittedly generator) that was of interest in my OP also.

There is no need for qr reader on a desktop nor a laptop - so a feature request for such thing makes no sense.

A generator on the other hand has more use - but as demonstrated - such thng already exist.

If you want to know more - read the docs.

It can be useful to check a code with one’s webcam.
Or from one’s image files.

Read Code39, Code128, PDF417, DataMatrix, QR, and other barcodes from TIF, PDF and other image documents

Just be careful on which standard. 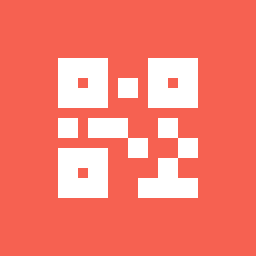