MATE desktop, latest version. This package, or a package with this icon theme doesn’t exist in official repos I can find. Does anybody know better? Where is it?

It’s available from the AUR…

You can install any of the above by way of Pamac ─ both in the GUI or via the command line ─ or by way of an AUR helper such as yay. Examples…

Error is not resolved with that package. All Matcha themes still produce this error in mate-appearance-properties.

You didn’t mention any errors in your original post. That said, have you tried logging out and back in?

The icon theme Qogir-manjaro does not exist. Is it specifically looking for a directory in /ust/share/icons called Qogir-manjaro 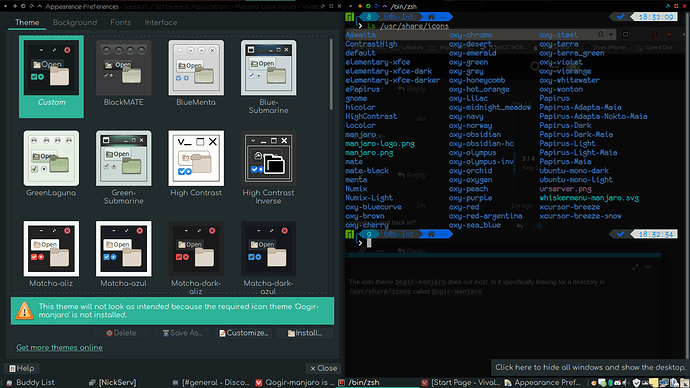 I mean, I’ll sign back into my account but I don’t think that will resolve the error. Did somebody forget to change the icon theme dependency in the Matcha themes?

Did somebody forget to change the icon theme dependency in the Matcha themes?

I don’t know about that, but I’ll invite the developer of the Matcha theme to come and take a look at this thread.

@Aragorn You had recommended the wrong package. qogir-icon-theme from AUR supplies it.

The maintainer for MATE build needs to include this package in future revisions for resolution. Or, just don’t ship the theme. It’s multiple varieties of ludicrous how some software require additional installation from the AUR when it should already be there during final compile to ISO or as post-installation script to do it for the user, or completely exclude all related assets for removing the error.

Unless I removed it and it was already there in the first place, which I don’t believe to be likely but I will check my live session at a later date to see if it’s not me having the smooth brain this time around.

@Aragorn You had recommended the wrong package. qogir-icon-theme from AUR supplies it.

I have not recommended anything. You were asking about a package that isn’t in the official repository, and I gave you a list of packages from the AUR that matched the name of the theme you were inquiring about, along with ─ as an example only ─ the syntax for installing AUR packages.

You then moved the goalposts by speaking of an error message that you had not mentioned before, and that was allegedly related to the Matcha theme. I therefore told you that I was going to invite the developer of the Matcha theme to come and take a look.

And now you’re moving the goalposts again by stating that I allegedly recommended the wrong package to you when I have not recommended anything at all, and you’re throwing the phrase─ and I quote ─ “multiple varieties of ludicrous” on top with regard to the developer of the Manjaro MATE community edition, which ─ note ─ is not an official Manjaro edition.

This thread is becoming ridiculous. I’ve invited the theme developer I spoke of, and I’m unlisting this thread. The developer in question is a moderator too, so they can relist it again if they choose. But I’m not going to be wasting my time on this anymore.

Apologies, I kind of just scanned your reply and assumed the command you gave was a recommendation without acknowledging the bulk of it. Sorry about being vague earlier, I should had banged out a paragraph about it rather than the curt explanation from earlier.

clarification…
I have only made matchama kde (and kvantum) theme(s) that should largely match matcha … but gtk matcha and all is a 3rd party project. 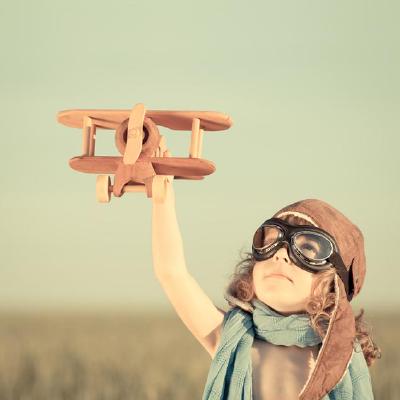 Matcha is a flat Design theme for GTK 3, GTK 2 and Gnome-Shell - vinceliuice/Matcha-gtk-theme

You’re right. As @Aragorn said, qogir-icon-theme is in the AUR. Among other variants, it includes Qogir-manjaro and Qogir-manjaro-dark.

The “error” you’re reporting is only a very biased warning. Matcha will look just fine without the recommended icon theme. I prefer Papirus, myself.