Apricity OS without doubt had been the most beautiful distro featuring the gnome desktop.
Also this year, as in 2019, I have tried and managed to revive it on virtualbox using Arch with the gnome and gnome-extra packages. Came out quite nicely, as you can see in the screenshots below. 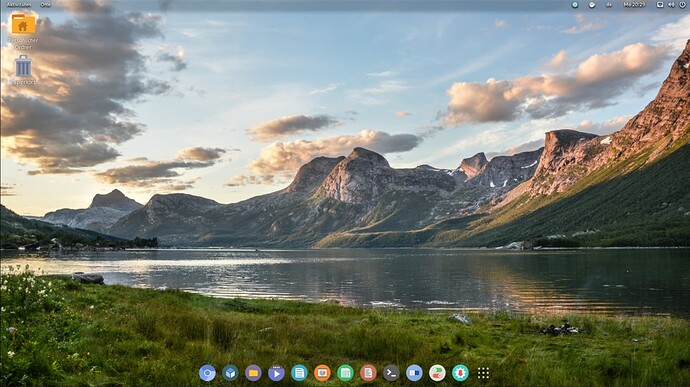 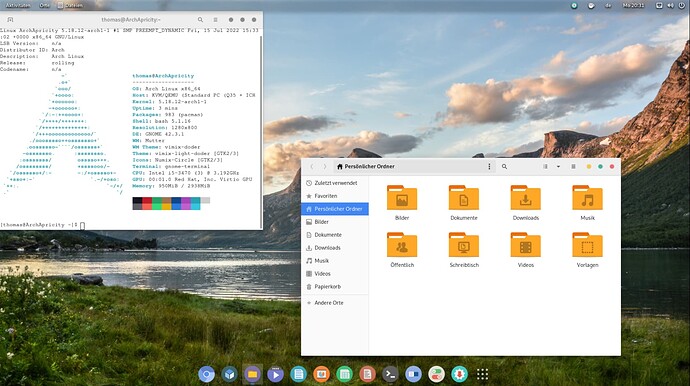 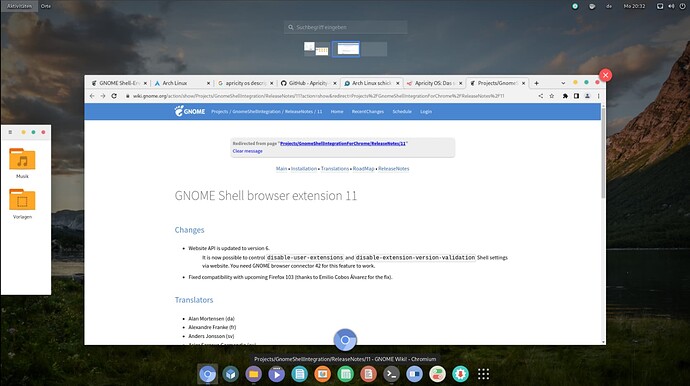 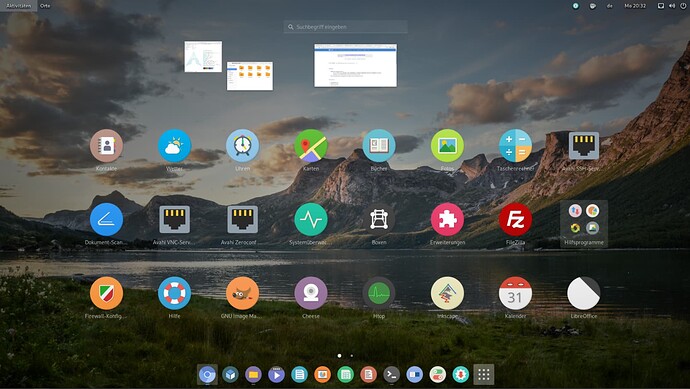 It was quite a struggle this time, since many extensions Apricity OS used, can’t be used in gnome 42 any more. But I managed. This is what I used:
Manually
Caffeine
Clear Top Bar
Dash to Dock for COSMIC
Desktop Icons NIG (DING)
Frippery Move Clock
Hibernate Status Button
Mpris Indicator Button
Static background in overview
Top Panel Workspace Scroll
TopIconsFix 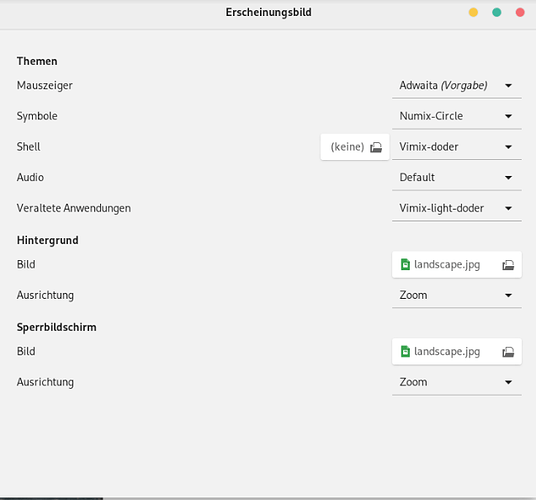 grafik637×594 34.9 KB
What is missing, is zsh and powerline-shell integration. I didn’t manage to put that into Narwhal OS yet. I’ll try further. I am not so experienced with zsh either. But I enjoy using the zsh-implementation from manjaro.

Screenshot from the zsh-shell in Apricity OS (Photo is from the old apricity.os Homepage): 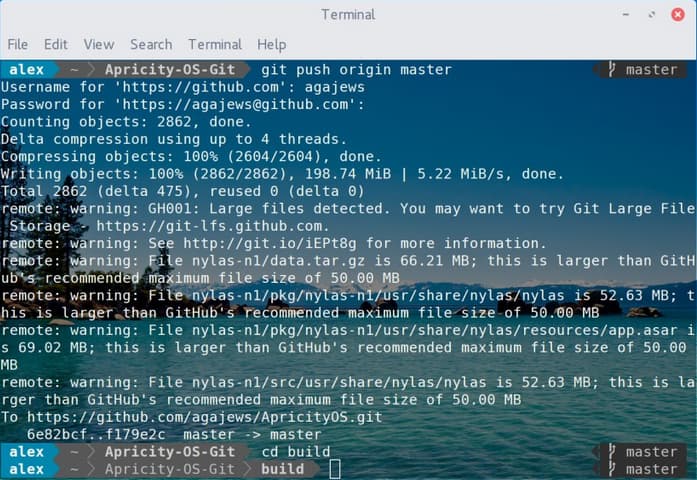 The next step would be to revive Apricity OS featuring the gnome and later cinnamon desktop environment. The name will be Narwhal OS.
The plan is to keep it simple and to focus on one (gnome) , maximum two DEs (gnome and cinnamon) for start, just as the Apricity Guys did Apricity OS Apricity OS github-page:
I want to use the Arch Linux repos and making one repo for Narwhal OS for theming, calamares for installation and pamac, and some other stuff, for the time being.

Release of new isos will be every month following the Arch release cycle.

But, basically I know practically nothing about making one’s own distro, or making one’s own repo first and foremost (I have found a video from distrutube [dt] though. That’s where I’ll probably start.).

I need your help though: Is my plan realistic being a standalone person?
The Apricity guys stopped Apricity OS, despite they were a team, because of lack of time.
I may underestimate the workload though? What can you tell me, how much work is setting up and maintaining your own distro? In my eyes, given the fact that my distro will be, despite the Narwhal OS repo, vanilla arch, it doesn’t sound like that much work. I also don’t plan to design something myself, like icons etc. The plan is just to use what is there in vanilla arch, and what I need from AUR will be put into the Narwhal OS repo.
I haven’t really found decent resources on how to make your own distro. Can you give me some kind of link? Or simply tell me where to start, what I’d need to learn?
Especially the maintainers here can give me maybe Tipps. They also had to start at some point and were beginners.
Of course, if you like the idea, you can also help me with the project. We could set it up as a team then.

I have also thought about using manjaro, since with buildiso everything would be there already to make a spinoff from manjaro gnome which would be called Narwhal OS. I already tried to revive Manjaro bspwm-mate, so I guess I could get into it rather easily.
If I have time, I’ll try that out and post a link to the iso for you to download and try out.

Thanks for reading and your answers.

You very likely are aware that there is EOS (Endeavour) which started and evolved after Apricity had ended.

Perhaps work with one of them
instead of starting yet another one?

personal note:
back when Apricity was discontinued
I kept using it for a while, until the Apricity specific components started to be less useful or fail
Then I looked around and tried Manjaro, Archlabs, EOS.
Settled on Archlabs because it’s installer (text based) could create the setup I wanted.

encrypted - but not fully
(/boot unencrypted)

Hi thanks for your answer.
First and foremost I created this thread to show you “Narwhal OS”. Just like I did 2019.

And I’m hoping to get some links to read about creating your own distro. Not that I’d start with Narwhal OS immediately. I want to educate myself first, then some time later maybe try.

I thought EOS sees itself as a continuation of Antergos?
I’ve read that Condres OS tried to fork Apricity OS. They’ve quit in the meantime as well.

The next project would rather be, trying to convert Manjaro Gnome into a Manjaro Spinoff named Narwhal OS/ApricityOS and showing you the iso. (Hence the post in this category.)

I must have misunderstood you - or somehow missed where you showed it?

I inserted the pics afterwards.

But you already had answered.

yeah, I saw those pictures now

me, personally - I’ll not touch Gnome with a 10 feet pole If I don’t have to

I liked it, I really did.
But it breaks way too often
and makes simple tasks complicated beyond belief - because of the philosophy behind it

It’s a very touchy subject and I do not intend to start a debate about it!
I really don’t!

The purpose of this thread is also not to debate gnome :D.
I am simply proud of my beautiful Narwhal OS and am showing you here. (As you can see in the screenshot, currently it’s called ArchApricity ;))
As soon as I have time (I have been ill last week. In my free week even.

and now there’s a ton lot to do in work. I am working in the Supportteam of my sofware company) I’ll try to make the Manjaro iso.

… and beautiful it is!