Added a second drive to my computer and added some folders to it “Plex” and within that “TV, Movies, Misc”

No matter what I do I can’t get Plex to see it. It sees the mount fine, which is called Storage. But it doesn’t see the Plex folder or any of the subdirectories within that. 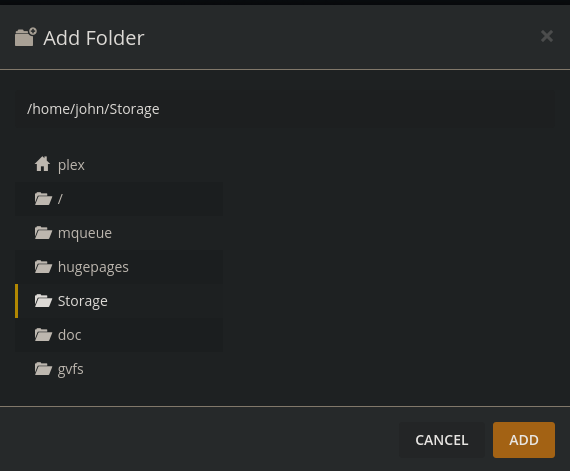 I edited fstab to mount the UUID of the drive to /home/john/Storage and Plex sees this just fine, but like I say, none of the subdirectories.

I added john and plex to a new group called media, and changed /home/john/Storage/Plex (and all the subdirectories) so the owner is john and the group is media. This doesn’t work. I tried changing the owner to plex and the group to media, doesn’t work. I tried plex:plex (plex for both user and group), didn’t work, in fact, nothing works. I even chmod’d the entire mount to 777 so all users can read, write and execute, and this still doesn’t work. No matter what I do, nothing works.

here you can see how both plex and john are in the same group (media).

Here you can see john is the owner and media is the group, and I restarted the media server itself, but nope.

The only thing that works is just making a folder in my home directory called “Plex” which then puts it on my NVMe, but my NVMe is only 480gb, so I run out of space fast.

Plex is not a Manjaro package. It is available from the AUR, but the behavior you’re describing leads me to suspect that you’ve installed it as a Snap or FlatPak, which are containerized software packages and do not get full access to the underlying filesystems.

So, is this a Snap or FlatPak?

I don’t have much experience with Plex myself, but I do know that getting Plex to recognize subfolders is a long-standing issue. What you are experiencing is probably not related to your specific setup. Check out this elaborate song and dance someone had to do to get Plex to see their folders: https://askubuntu.com/questions/293704/how-to-make-folders-seen-by-plex

I get the impression that Plex works better if you set up very basic folders with all content lumped together (“movies”, containing all movies, “shows” with all shows, etc) and then add more granular organization from within Plex itself. This article is a couple years old but might still be helpful: 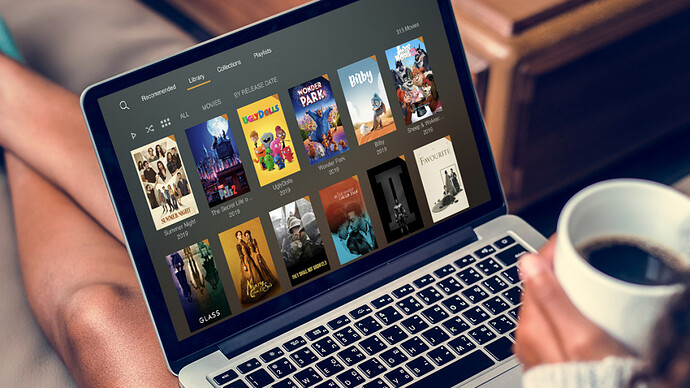 How to Organize Your Plex Media Library

Plex is a great way to manage your media, but you'll have to organize files and folders. Here's how to clean up your Plex media library to make sure everything is in order.

@Aragorn it is from the AUR, which kinda sucks as there’s a plex update available but the AUR has not updated.

I am having the same issue.
Plex (snap install) is not able to see my additional storage or its folders. On the solution it says:

just had to change group so the media group had full access to /home/john/Storage/Plex.

So I ask: How do you change Plex group so it can see the other drives?