Many benchmarks online showing linux performing better then windows by some 10-30% based on different scenarios (which was the reason of my desire to switch), but right now the benchmarks I have made myself are not reflecting such performance gains (or not in all scenarios) and would like you guys to help me figure out how to optimize my linux OS.

Here are the benchmarks:
First the one that shows the biggest gap in performance, “Unigine Valley” 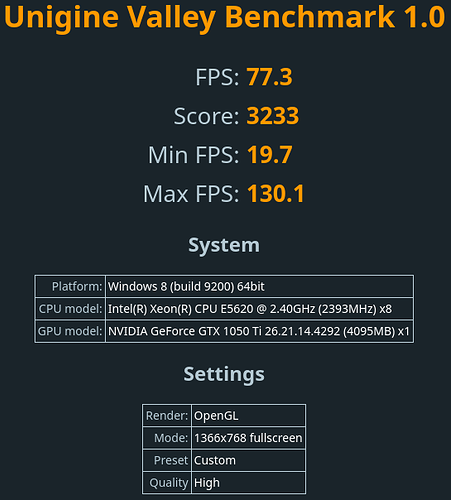 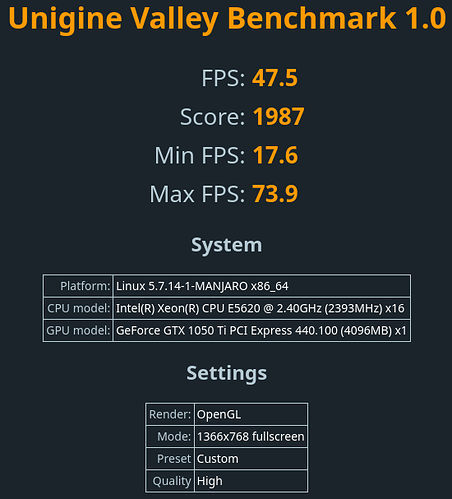 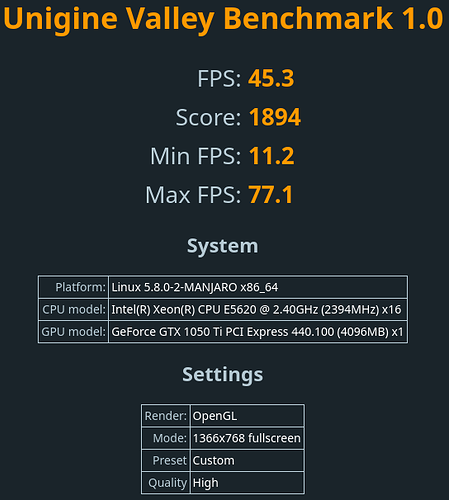 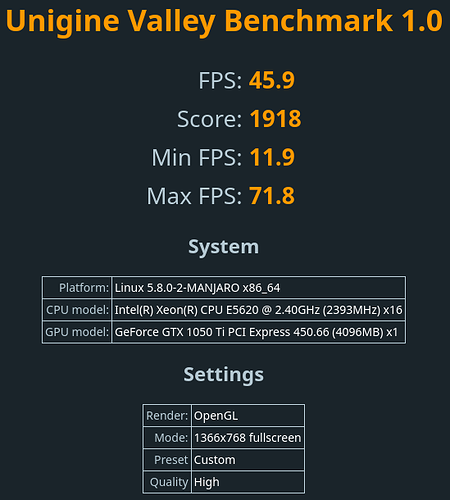 Next is Indigo Benchmark: 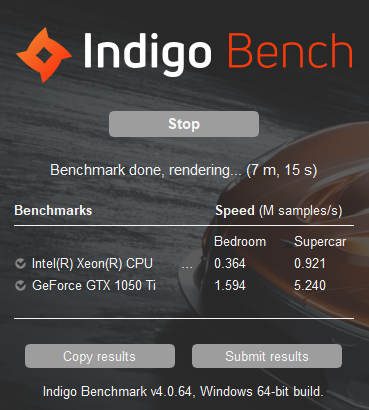 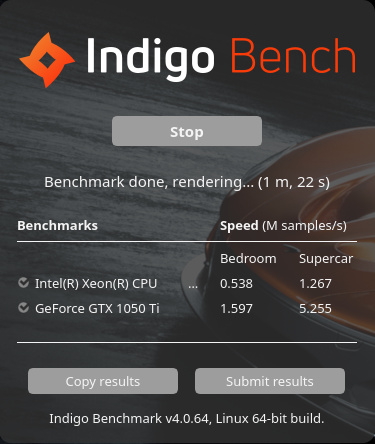 here the CPU is gaining extra muscle on Linux side while the GPU’s score is pretty much the same on both systems.

Next is Blender BMW benchmark:

Again the CPU is enjoying the linux build with ~4min less to finish while the GPU is the same on both.

I also did a bunch of geekbench5 tests for CPU and GPU OpenCL, CUDA and Vulkan, but the results are so inconsistent and all over the place that i decided not to include them.

I do like how the CPU results looks like, but I would like to know if there is any way to improve my GPU results (especially the Unigine Valley ones, they are catastrophic to say the least…)

Thanks in advance for your help.
Voidium.

especially the Unigine Valley ones, they are catastrophic to say the least…

Indigo and Blender benchmarks are the same on both Linux and Windows. Unigine Valley ones are different probably because the dev didn’t optimize the Linux build or NVIDIA proprietary drivers doesn’t have good support for it.

Do you know of any other unigin similar benchmark that i can use to check how different results are ? (something with “real time” demo, and not “rendering” the way blender and indigo are) if i’m not mistaken, there should be a difference between “real time” and “offline” rendering.

Maybe you’re better by testing real case scenario with games, but here again it might not be relevant because it is still not the same. Unless your windows games have a native Linux version in that case still not the same but best comparison (running games with Proton for native Windows games works great for me, some games you can get better performance, some other you don’t).
Benchmarks are benchmarks, they test specific things in specific ways, your games are not benchmarks (I assume all that is for ‘gaming’ purpose?).

EDIT: or use in game benchmark tools, some game like Tomb Raider or GTA V for example have one.