The theme is broken due to an update, and I’m not sure if I’m going to pursue fixing it…

Today I did an update on Manjaro, and it broke the theme in several ways; some programs just were no long affected by the gtk file, some looked mutilated, some parts were missing, and a bunch of icons were also messed up.

I’ve been hearing about Gnome using libadvaita, and I know that gtk4 is around the bend, and I’m not sure I want to invest any more time unless I know for sure I can create a stable theme that lasts a while.

I’m going to be looking for another theme template that can take control of the entire OS and see if I can make it work, but chances are it won’t happen.

Thanks for reading and sorry for the waste of time.

I figured I’d advertise my new theme here, since its audience is quite niche. I hope that’s okay. I’ve yet to see any themes like this which are made exclusively for Phosh.

The theme is gtk-3.0 only and I believe would be quite fitting on devices with amoled screens. 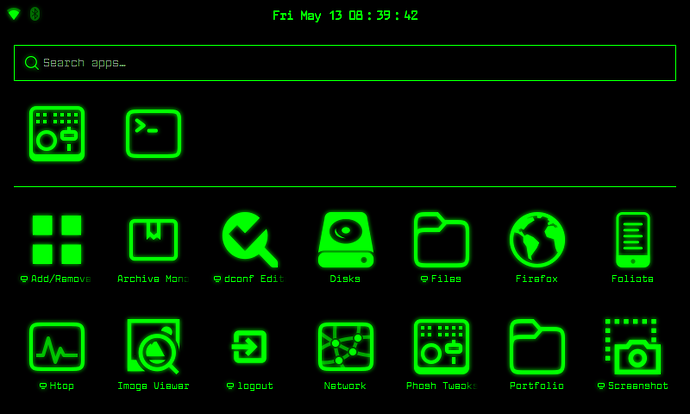 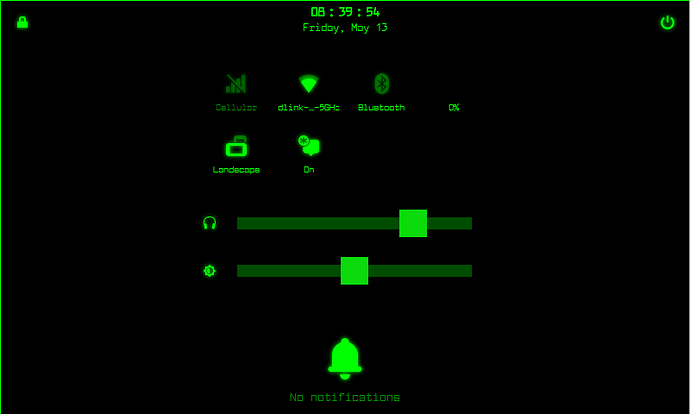 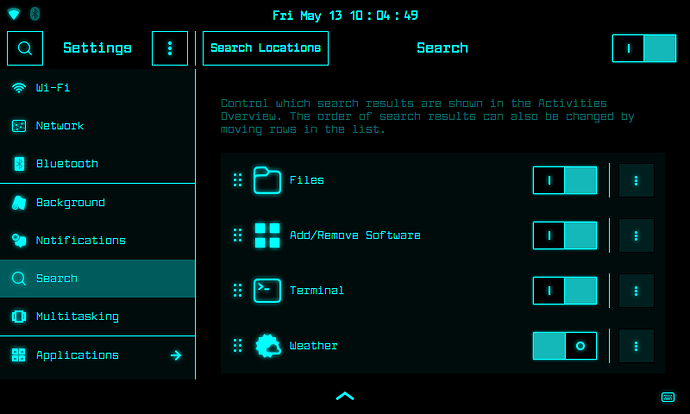 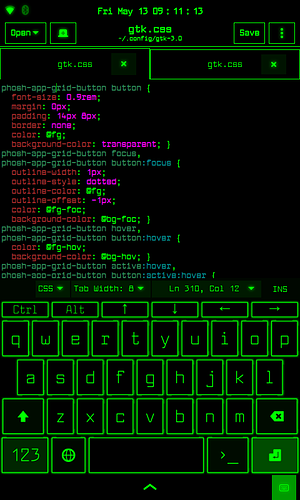 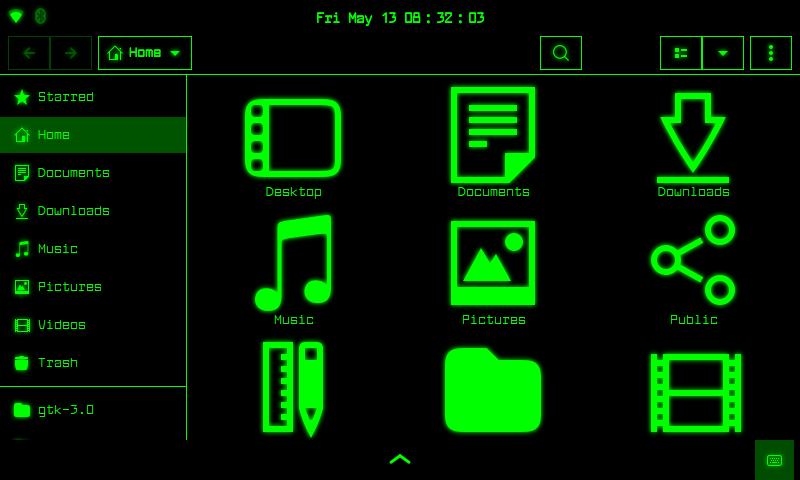 It can be found here and is very easily installed and edited: 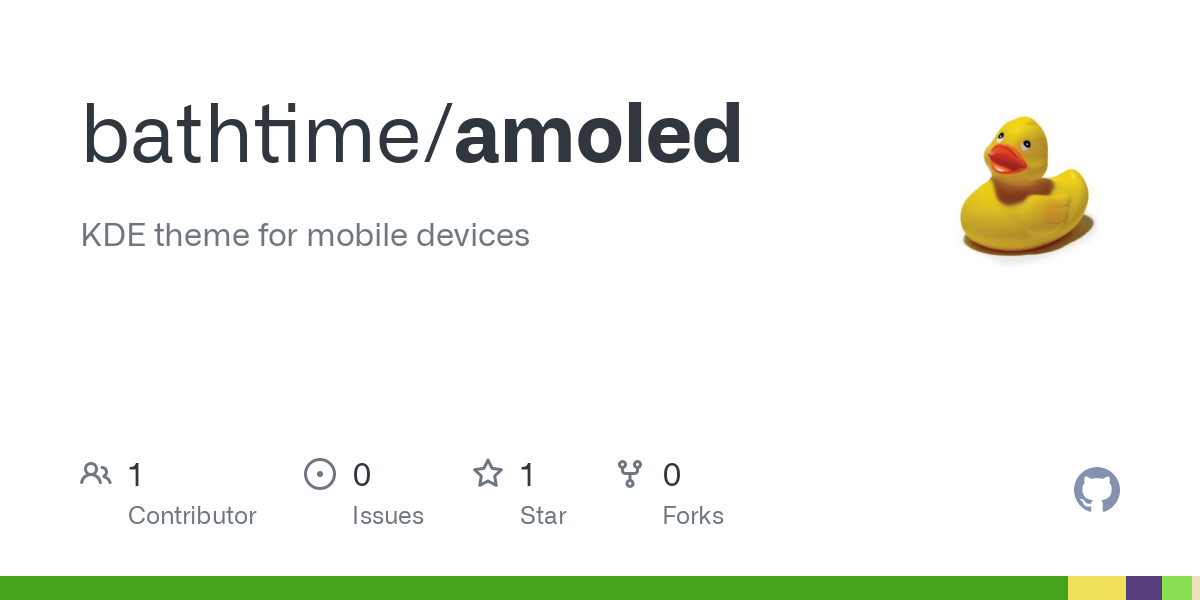 GTK theme for the mobile window manger Phosh. Contribute to bathtime/PhoshTheme development by creating an account on GitHub.

Tested on a Raspberry Pi 4b with the 7" Official Raspberry Pi touchscreen (800x480px). I have no idea what it would look like on a phone, but I’d like to see a pic or two if anyone has the time.

Comments, tips, and suggestions are all welcome, here or on github.

The theme is broken

No, your Fallout Pip-Boy theme you chose is broken, not anything related to Phosh or Manjaro. Open an issue upstream.

Not sure if you’re being serious or pulling my leg.

I admit that the foundations of the theme did come from a basic template that everyone on gnome-look.org seems to be using, but it is heavily edited with my own code and ideas. It’s meant to slightly resemble Tron.

Good news is that I managed to get it working again by adding back the original template which has some other code in it. I also had to edit some .desktop files. There are still 3 gnome apps left that after the update won’t accept the theme:

Sorry, I didn’t catch it was a theme you created at first.

There are still 3 gnome apps left that after the update won’t accept the theme:

Those are Libadwaita applications. There are no supported themes for them, however some have tried various workarounds with limited success. Coming soon: Libadwaita Recoloring API

This libadwaita recoloring API won’t do much more than change colours? If so, that can already be done in gtk.css under gtk-4.0.

It really sucks putting all this effort into a theme that I know I won’t be able to use in a year or so.

If anyone knows any type of workaround that will allow a person to still make their own themes, that would be really helpful. 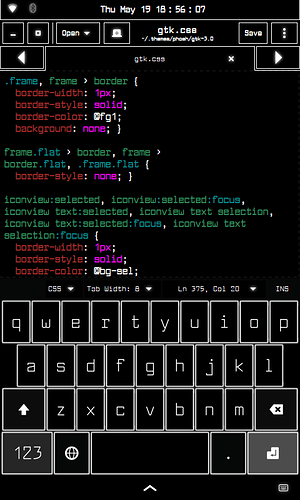 Theme works with unmaximized windows. There is a transparent border around the floating window, allowing for easy resizing with 30px of sides and corners: 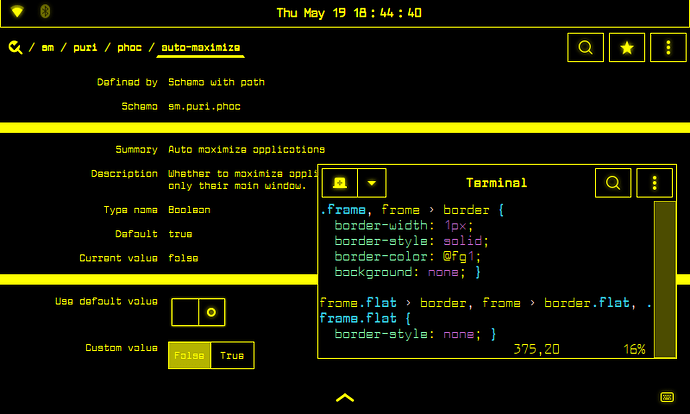 Header buttons made to be a standard size, big enough to easily press, using all the available space: 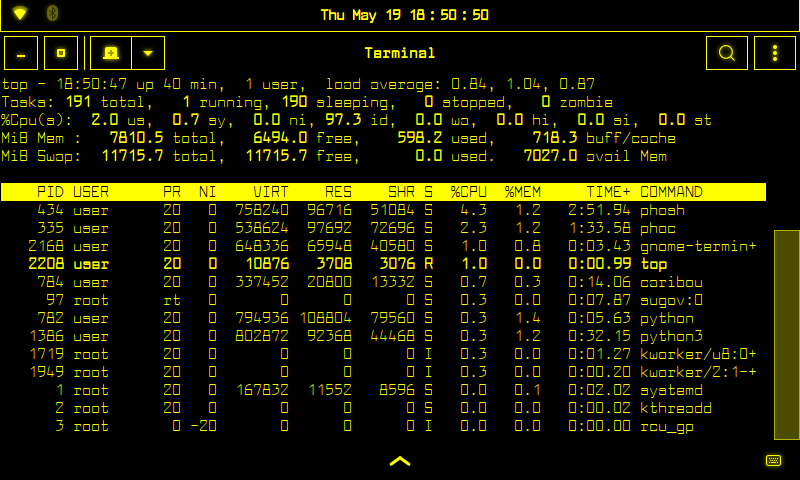