I’m using the sweet mars theme with Kvantum but Neofetch is saying the theme is KvOxygen. I’ve checked everywhere and KvOxygen is not being used so why is Neofetch saying this? 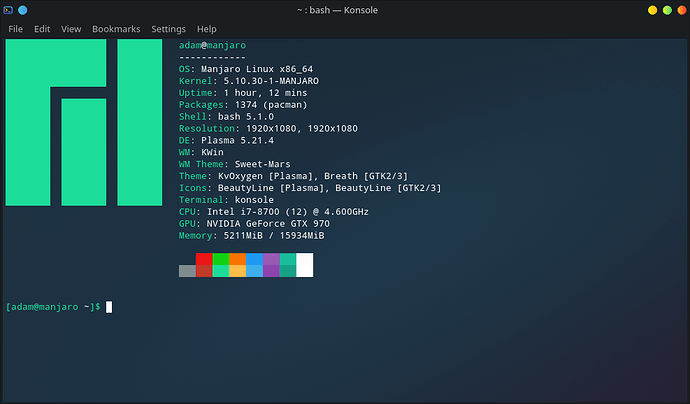 You will need to ask the developer of neofetch.

You could also take a look at the neofetch configuration - it is quite well documented - ~/.config/neofetch/config.conf

Neofetch displays turbo speed with my CPU too, so, i guess it’s the normal behavior. It does not display the current frequency, but the maximum speed your cpu is able to reach.
In the conf file pointed by @linux-aarhus , you can see that the default cpu section is set to Default: 'bios_limit', which makes sense.

As for the theme related question, i have no clue, did you logout/login ? i use xfce so i can’t go further

If the system identifies itself as being XFCE - which e.g. my system does - although it is Openbox based but with certain XFCE elements then it will pickup some of info from

Other places to pick is

It would probably also check out the ~/.config/Kvantum folder

As you are possibly using KDE - also check the ~.config/gtkrc created by KDE