i have a freshly installed manjaro and have only turned it off once. and the next time i open my puter it just doesnt show icons now.
im just a silly little girl and i need help

First thing we need to check is the following…

If all of the above checks out and it still doesn’t work, then I invite you to come and commiserate with us on the threads below, where you may find a workaround — albeit that it’s a technical one, but the instructions are clear.

Hi after each big update, all my adjustements (activities, wallpaper etc) have to be done again … I am tired…and I don’t use any fancy software, only using the plasma setting manager. I am thinking to move to a more stable DE…

Long story short, Plasma 5.25.5 sucks and causes a lot of people to lose sleep. The workaround is to replace it with the still maintained Long-Term Support version of Plasma 5.24, which currently stands at version 5.24.7. This does however require creating a local repository on your own computer — again, the instructions are provided for, but more clarification can be added if needed.

The Plasma that’s currently in Manjaro Stable is at version 5.26.2, so we’re inquiring as to whether 5.26 fixes the problems that 5.25 introduced, because if it doesn’t, then we’re going to have to find a way to keep maintaining the 5.24.x LTS packages, given that those packages are no longer officially being offered by Manjaro itself — the reason why can be read in the first of the two threads I’ve listed above.

ok so i tried what you said but still doesnt work, its all icons

didnt work and how would i go with downgrading it?

First, get the file plasma-5.24.7-LTS.zip from the link below — you only need that one file. 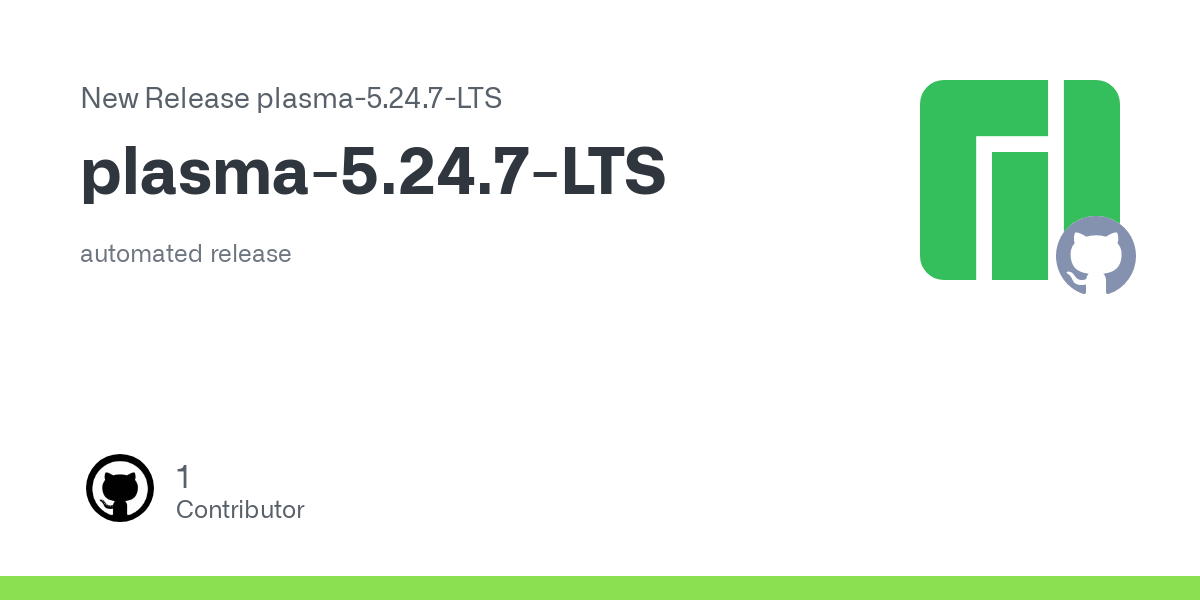 Normally, the file will be in your ~/Downloads folder, and that is what I’ll be assuming for the following instructions.

Next, open up a terminal window and issue the following commands…

You will now have the file /etc/pacman.conf open in nano, which is an easy-to-use editor. Scroll down to where you see a section that has the different repositories listed, i.e. [core], [extra] and [community]. Insert a new section between the [core] and [extra] sections, as follows…

Save the file — if you’re not familiar with nano, press Ctrl+O followed by Enter and then exit the editor with Ctrl+X.

Next, log out of Plasma completely — you have to be looking at the SDDM login screen — and switch to a tty with Ctrl+Alt+F2. Log in as yourself and issue the command below to update your system with your local repository. The -Syuu option allows you to downgrade Plasma 5.25.5 to 5.24.7.

After this, reboot your system…

You should now upon logging in be looking at Plasma 5.24.7.

"
[LusamineLaptop plasma-lts]# unzip plasma-5.24.7-LTS.zip
bash: unzip: command not found…
"
am i missing a repository or something?
i did everything else as said

Okay, that means you don’t have unzip installed, which is easily remedied…

ok actually i have another issue with it which is when i got the icons back, i tried restarting it just to be sure it wouldnt disapear again and because it wasnt recognising my seconds screen, it recognized my second screen but the icons are gon again.
i tried repeating the needed parts and realized it wasnt downloading when i was doing ```
sudo pacman -Syuu
because of conflicts so now im confused again on what to do

ok actually i have another issue with it which is when i got the icons back, i tried restarting it just to be sure it wouldnt disapear again and because it wasnt recognising my seconds screen, it recognized my second screen but the icons are gon again.

It may just be a timing issue. Maybe give it some more time to load?

There was no need to repeat that. You are already running 5.24.7 now.

Fire up the Info Center — it should be in your application menu. 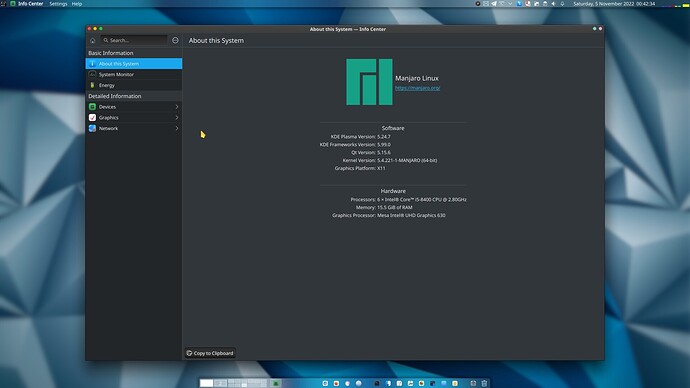 That should not have happened — not if you issued -Syuu.

Are you sure you followed the steps above for adding the local repo?

Then I don’t know what went wrong on your end. There was a major update only a few days ago, including 5.26.2, but I had no problem updating my system, and the update process kept me on 5.24.7, as it should have.

Hmm… Maybe the fact that you executed -Syuu twice may have something to do with it. You only need to allow downgrading when switching from 5.25.5 to 5.24.7. After that, you simply use -Syu for subsequent updates.

It’s also possible that you skipped the repo-add step in my instructions.

i might just reinstall because i went to see and the version in my pen drive is 5.21 so i think just not updating it would be safe

oh whats the plan then