When will Manjaro start using plasma 5.22 where you can set the panel to be opaque or translucent right from the desktop by simply right click?

Try to search in the system settings of KDE.

Plasma 5.22 wasn’t released yet – it will be 3 June. But in stable Manjaro will be some time later – must go all the way from unstable.

Thanks Tomek. No I will try the unstable version as soon as it is available. 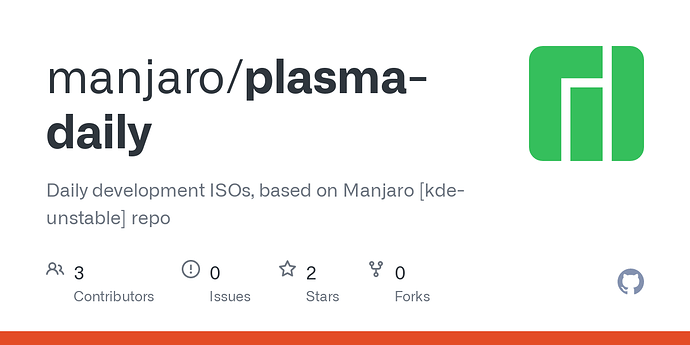 Ok this is a stupid question but how do I get this file on a usb drive to boot. I tried Winrar to extract the file but just errors. Sorry I am new to Linux. Made the move from Windows to Linux this year only. I downloaded this file. manjaro-kde-dev-21.0-unstable-210425-linux510.iso.z01 from the link above.

On Windows you can use a program named Rufus to “burn” this .iso file on your USB thumbdrive.

Rufus does not see the file as a iso. No something else needs to be done probably. I don’t know. I want it because I want to try the new Plasma but…

Oh, don’t forget to unzip/uncompress the (…).iso.z01 before opening it on Rufus.

you may prefer to use the widget “panel transparency button”. you can add a shortcut key to activate/inactivate it.
or maybe you already know it, sorry then.

Ok. I got the downloaded file sorted out. I have the transparency button but I am curious as to how the new Plasma is. Anybody knows of major issues before I install it?

Well you’re talking about new KDE plasma scheduled for release on 3rd June - and I’m reading your post on 26th April, which is actually before the scheduled release…

Generally we’re a week or so behind Neon… but some buggier KDE updates may get held back a while longer on occasion as the Mangy team battles to manage the damage.

Yes, it’s very annoying. Let’s start demanding the Manjaro team bring us these releases straight from KDE before they are officially released

I’m hoping the KDE panel will start to adopt more features that I enjoy in Latte… especially the ability to have separate panels on the same screen edge with different rules for hiding/on demand etc.

This is a multipart zip file as the .z01 file extension show you. You need all the parts of the zip to be able to unzip it. Look better there are two zip files. Put both in same folder, then extract.

Thanks a million. Got it. Yeah Ben I have been looking for “separate panels on the same screen edge” also. That would be the best of Plasma.

Here you see my left corner auto-hide menu/title/globalmenu and on the right, an on-demand (always on top or always hidden) event calendar… separate panels with separate settings.