So this is has been a thing for a while and lately I have been cleaning out files on the computer. Anyway, Everytime I open a folder, it shows all the previous folders I had open unless I close them one by one. There has to be a way to change this right? Any help would be great. I have been using Manjaro for almost 2 years and this is like my “spring cleaning” time for my pc. Backing up the computer etc… I was gonna reinstall but I dont even think that would fix the issue. The PC runs great there really isnt a need to reformat. I just feel like its a setting set up by default somewhere that I can find.

Everytime I open a folder, it shows all the previous folders I had open unless I close them one by one.

It took me quite a while to figure out what you meant by that ─ you’re not exactly explaining things well ─ but I gather that you’re talking about the left-hand pane of the Dolphin file manager ─ which is not called “File Explorer”, by the way; you’re not in Microsoft Windows anymore, Toto ─ and the expanded directories (folders) versus collapsed directories (folders).

Well, in Plasma 4 there used to be a menu option ─ and an associated keyboard shortcut ─ to either expand or collapse the folder tree, but ever since Plasma 5, this option has no longer been available.

Believe me, I’d love for it to return too, because I like seeing all of my directories (folders) expanded, and I hate having to do it manually per each individual directory when I start up Dolphin (which I have constantly open with multiple tabs on a dedicated virtual desktop).

I’m afraid the best you can do is file a feature request at KDE via their bug report site, bugs.kde.org.

thanks for the input. Lol I dont speek fluent Linux I still run Windows when I need to. So the lingo is still there. I just switched it over to Nemo for now but its still annoying but it works better. I just hate when I close a window and reopen a new folder that all the previous folders I had open come along with it. Closing them manually 1 by 1 to get a fresh open folder is annoying. But hey if thats the worse of my situation then so be it. Thanks for the reply. Might have to start calling my self ToTo on the forum now. Thanks for the nickname even though it was meant as kind of a joking insult lol.

Thanks for the nickname even though it was meant as kind of a joking insult lol.

It was not an insult at all, and I regret that you took it that way.

It was a reference to the very famous 1939 movie “The Wizard of Oz”, in which the character Dorothy (played by Judy Garland) and her dog Toto are swept up by a tornado and dropped off in a mysterious land called Oz, full of strange creatures. Dorothy then says to Toto, “I don’t think we’re in Kansas anymore, Toto.”

At the end of the movie, the whole experience turns out to have only been a dream. But the expression “I don’t think we’re in Kansas anymore, Toto” is very well known, and used quite a lot. 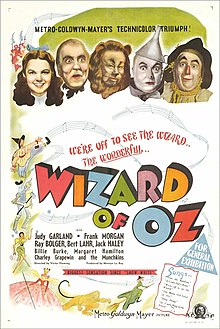 The Wizard of Oz is a 1939 American musical fantasy film produced by Metro-Goldwyn-Mayer. An adaptation of L. Frank Baum's 1900 children's fantasy novel The Wonderful Wizard of Oz, the film was primarily directed by Victor Fleming (who left the production to take over the troubled Gone with the Wind), and stars Judy Garland, Frank Morgan, Ray Bolger, Bert Lahr, Jack Haley, Billie Burke and Margaret Hamilton. Noel Langley, Florence Ryerson, and Edgar Allan Woolf received credit for the screenpl...

If you are talking about Dolphin is saving it’s state when closed and restores it on open - so all tabs with folders are there from previous run, you can configure it in Dolphin settings 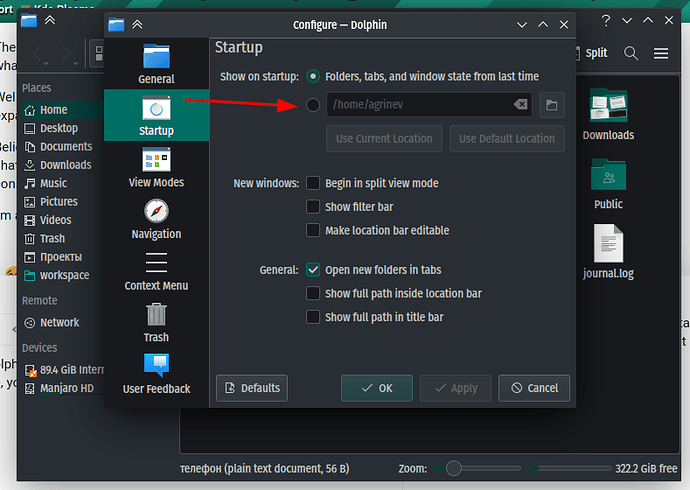 It’s not well-integrated with KDE desktop. LTT got problems with archives for example because of it.

OMG THANK YOOOOOOU so much. Exactly what I was trying to figure out. Thank you yea I was in the system settings thinking it was somewhere in there. Eventually just switched to Thunar, but I dont like the white background as it meshes with the color scheme. Thank you so much