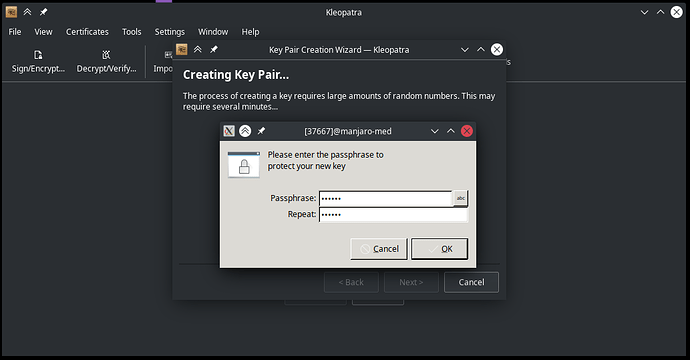 After raising the problem to Kleopatra team 434301 – Inconsistent theme it seems the problem should be fixed by distribution team by preferring Qt pop up over GTK one.
For now the easy fix is to add manually a file ~/.gnupg/gpg-agent.conf containing pinentry-program /usr/bin/pinentry-qt

When you installed pinentry what optional backend have you chose ? 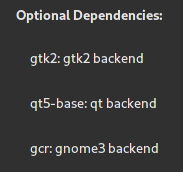 I never installed it manually it was there from start, and I have all of theme installed. And those optional packages have no role in setting which pop up to use because pinentry package installs all these files : 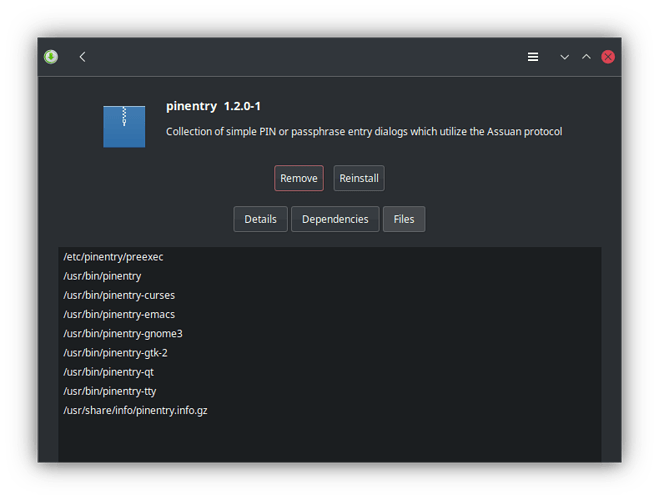 the real problem comes from the content of /usr/bin/pinentry

Have you checked the /etc/pinentry/preexec file and eventually uncomment the qt related line?

Yeah un-commenting the last line in /etc/pinentry/preexec also solves the problem, but I’m not sure if checking for a specific qt library is the solution, because in few months/years Qt apps can jump to higher qt library version. I’m not talking about how to solve the problem manually, but how to fix it for a clean Manjaro distribution without requiring any user modification.

but how to fix it for a clean Manjaro distribution without requiring any user modification.

AFAIK is a package inherited from Arch Linux, so probably it would require an overlay … Someone from Manjaro Team could probably have a look. Will notify them.