Manjaro cannot be booted after the failed update

after the downloads were finished, I saw many errors related to the fact that this program cannot be installed with Tor and…

after that, everything was fine, until I rebooted the system and it didn’t come up anymore

I guessed that I messed up grub and reinstalled it with these commands in chroot tty, but it still didn’t work

connect to internet, then chroot:
manjaro-chroot -a
rerun update:
pacman-mirrors -f 5 && pacman -Syyu
if there are no errors post output from:
mhwd-kernel -li && mhwd -l -li

I’ve been trying to update the system so far, and still no success. (The problem is low internet speed and severe restrictions).

I have two hard drives in my laptop, on each of which Linux Manjaro is installed separately. Could this be a problem? If yes, is it possible to remove one of the linux from the chroot and solve the problem?

What output is shown, when you try to update ?

if i run it again: 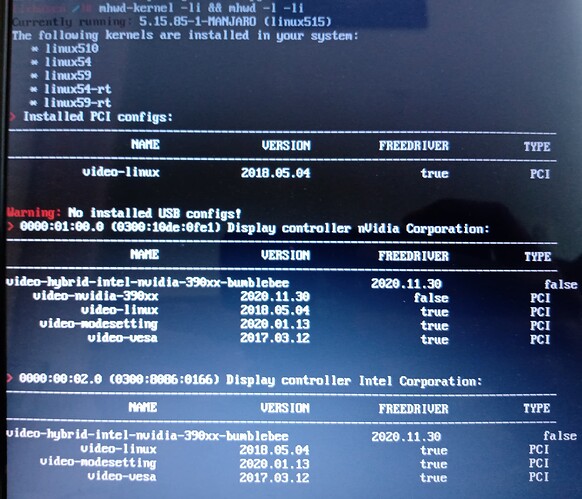 you have these, so use everwrite:

It does not delete because of some dependencies