My Manjaro boots and works fine as expected
In ONLY 4.19 (not 4.9) fallback initramfs option
but not in others
Other options simply don’t display anything at all on screen (not even able to tty)
Here are all the options in advanced manjaro grub menu: 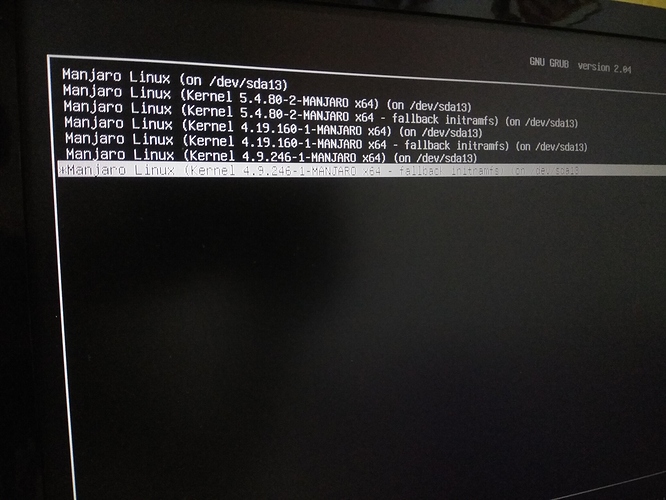 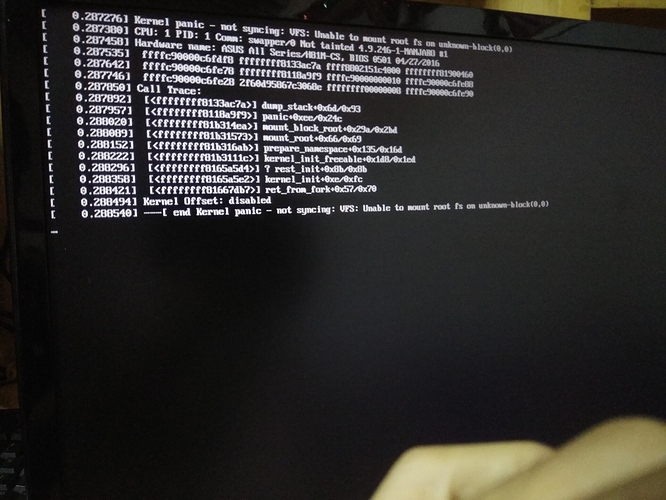 More about my setup:
I have Multi boot setup with UEFI
Ubuntu, Old manjaro (the one about whom this post is) and New Manjaro (works perfectly normal)
GRUB menu is of Ubuntu
In BIOS/UEFI there’s only Ubuntu’s option
(no mention of Manjaro)

Please help me make my Old manjaro boot normally
(without having to manually select 4.19 fallback option from GRUB menu)

I don’t even have this much internet bandwidth to update it!

I don’t even have this much internet bandwidth to update it!

What can we do about it then?

I see three problems, first you’re not up to date so you probably have the issue since long time and taking care of it just now? Second you’re replying the non default answer to questions and I’m pretty sure you don’t know why. Third problem is that you’re not using a compatible GRUB to boot Manjaro. You need to use Manjaro’s grub to boot everything, instead of using Ubuntu’s GRUB to boot Manjaro.

While i agree with @omano that an outdated manjaro installation cause problems, i would say the kernel is missing its initramfs… (normally recreated after upgrades)

Chroot into that system and recreate it:

A rolling release have to be updated constantly. If you don’t have that much bandwidth i would recommend a fixed release like Debian-based systems Ubuntu, Linux Mint, or RedHat-based, like Fedora or CentOS or OpenSuse, which based on slackware.

The Problem here is that only one grub can exist… you will have to use 2 efi partitions. One for Ubuntu and one for Manjaro and of course your EFI should support more than 1 EFI Partition. Maybe you have to use one HDD/SSD for each OS then.

Then You will be able to boot each OS through the UEFI and boot each grub of the OS.

Thank you so much!
Finally I have Manjaro option in UEFI with Manjaro GRUB

and we can’t install grub-customizer on manjaro anymore!

I’ve never user it and I’m not planning too, but see this thread regarding Grub Customizer.

In short: it was removes because it caused many problems. Both with Manjaro’s customized GRUB, as well as other distros’.