I am not sure if I should ask this at the “Virtualisation” forum, but I will try here first. The system has only one Ethernet. I installed Virt-Manager using the official guide. Using the Advanced Network Configuration GUI, I created a new bridge. And that created a bridge0 port1 to the Ethernet section. I deleted the default Ethernet connection, and only left bridge0 port1. Virtual machines in Virt-Manager could use bridge network. Now I installed Docker from the official repository. After the installation, the VM’s could not connect to the Internet. How can I fix this?

Image1: Bridge connection 1 was the bridge I had manually created. After installing Docker, it automatically added others. 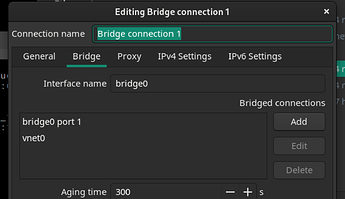 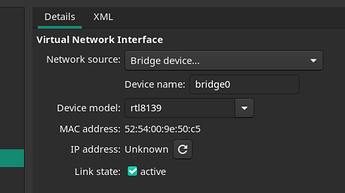 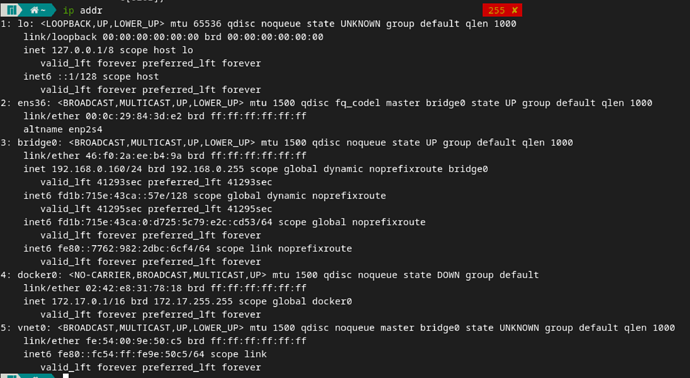 My guess is you’ll have to modify docker to use existing bridge.
Check Docker - ArchWiki

Thanks. I created /etc/docker/daemon.json (did not exist) and added

(Wiki was “br0”, but the default name that Manjaro created wa “bridge0”), rebooted the PC, and deleted other Docker-generated entries in Network Connections. VM’s could connect to the Network again. I am yet to see if Docker’s containers would work fine, but this is not an urgent issue for me.