Hi
Today I managed to install Manjaro KDE Plasma in my old desktop but blocked with display issue. Can somebody help to know the driver for Nvidia GeForce 7025/630a graphics card driver to install as not able to find suitable version .

At this point we don’t know anything about your hardware and software to provide anything useful, so the info from commands above would help.

That’s a really old card, and as @michaldybczak already said, an inxi --admin --verbosity=7 --filter --no-host would be the minimum required information for us to double-check which exact card it is as there are a few variants around… (Personally Identifiable Information like serial numbers and MAC addresses will be filtered out by the above command)

Having said that, you’ll have to install:

Yeah, the GPU is so old that it’s hard to find any info about it and it’s not even supported by Windows10 or 8.1. I doubt that any Linux proprietary drivers are possible for it. Nvidia site says that there are two driver versions for this: 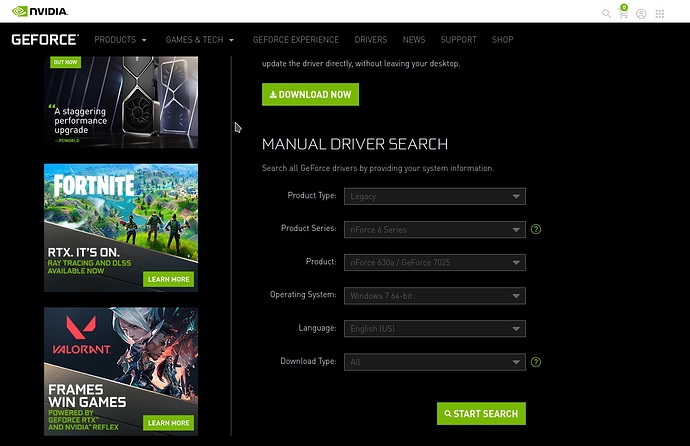 Probably only noveau can handle it somehow, so I would stick with free drivers, but with such old card, even noveau can be capricious.