I spotted an update popup on my virtual window7 guest.

But now iv lost the ability to stretch the guest to fill the screen. I am completely lost. 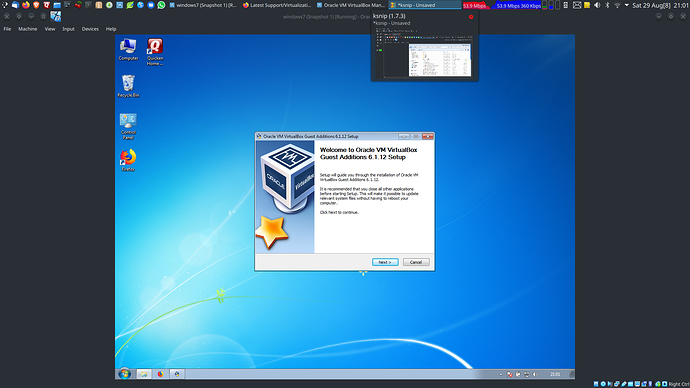 my kernel is Linux 57

I have tried uninstalling the guest additions, which looks like this (grey’s out some of the “view” options) as expected. 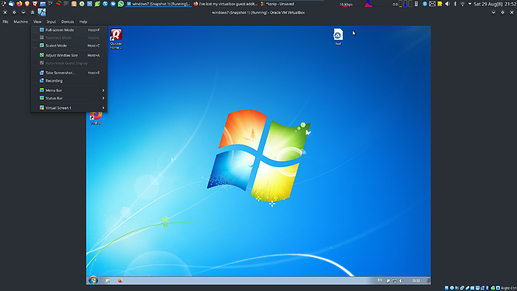 Then reinstall 6.1.12. Now the “view” options are all available but don’t work. 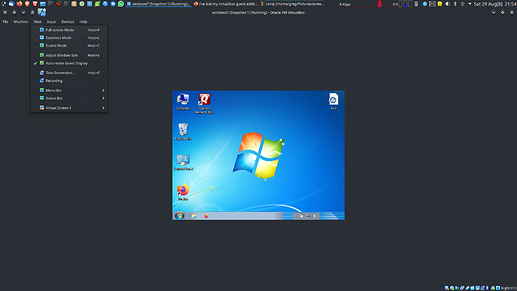 Puling hair out, this is the only way i can use quicken on linux but without it i would be forced back to windows because its very important to me.

I believe i figure it.

For some reason the developers (well the packagers, i assume the same people) have changed one of the tick-boxs on the installation GUI’s 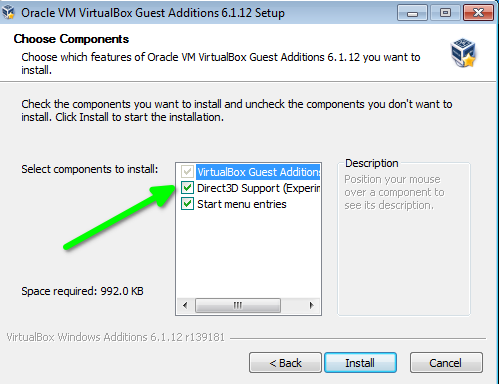 Whereas “Direct 3D Support” used to be unticked by default (I checked on a previous version). On the 6.1.12 version they switched it to being ticked as default. So it was as simple as unticking it (simple once you know), it was only because I was messing around with previous versions that i spotted it, i would never have figured it in a lifetime otherwise.