Is there hope for my iMac and Manjaro?

I am a long time Mac user who recently decided to switch over to Linux. I may have bit off more than I can chew. I did install Manjaro XFCE as a dual boot on my Thinkpad and am very happy with it. Problem is, switching over to Linux on my 2009 iMac.

I have tried several distros, including Manjaro KDE and they all have the same problem. The computer will not wake from sleep, requiring a total shutdown with the power button. I have seen many threads on this, some of which I can make sense of and some not. Nothing has worked so far and many of the threads deal seem to deal with problems related to different hardware.

I suppose the question is: Has anyone successfully installed Manjaro (or other Linux distros) on the same or similar computer? What specifically did you do to overcome this problem? I really do not want to use Linux if I cannot put the computer to sleep and it seems a shame that such a seemingly minor issue should go unresolved all this time.

I am about to accept defeat. Is there any hope?

have you tried elementary os, i think they build for the apple stuff. 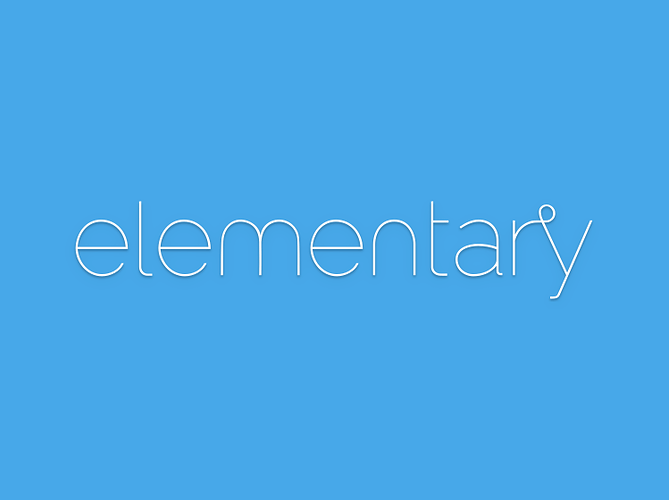 The fast, open, and privacy-respecting replacement for Windows and macOS ⋅...

The fast, open, and privacy-respecting replacement for Windows and macOS

That’s a really old computer. And I own one. But it’s graphics card has died.

Kerry, I did try Elementary. I tried for days to make it work. I think they build to look like Apple stuff, but not for Apple hardware.

Jtyle,
What OS do you run on it?

None at the moment and I’m not using it. I’ve upgraded from it. It crashed a lot.

sounds like you need to open that puppy up, clean & maybe update the drive, ram chips, new thermal paste.
even imac needs some etc…

It crashed a lot.

That makes me think either faulty hardware, which you can’t do anything about, or it’s overheating. In which case cleaning it properly might help. And wile it’s open, you can just as well see if the hard drive can be replaced, the RAM upgraded and so forth.

There’s no such thing as a “seemingly minor issue”, especially when Mac has never been a PC, despite the convergence due to wintel x86/x64 for quite some years.

Mac Documentation can be found here:

is to be expected.

Just a nice word for Mac hardware. My iMac runs great to this day on mac OS. Only problems are the old OS that can’t be updated and the pesky Linux issue.

Thanks for the replies so far.

No such thing, really. The older Macs used Intel and (I think) nvidia. Now it’s ARM processors. So, not really Mac hardware, per sè. I have a friend who built his own PC, from the same hardware that could be found in the iMac, and he used MacOS. And it was faster than other Macs because it was better and faster components.

(He’s since changed to Ubuntu, which isn’t Manjaro but still better than Apple.)

Edit:
Apple does not manufactor but, rather, assembles hardware manufactured elsewhere. And anyone can do that.

So the answer to the question is looking like NO. Although the 2010 iMac has different specs from my model, so who knows. Very sad.

i owe that same system and installed Mageia. Even the latest version Mageia8 is running perfect, no problems.

Thanks Olli. Do you recall doing anything post installation that might have effected the system in this regard?

Ok, this is interesting. I just tried Mageia and the same problem occurred. On Hibernate it just locked the screen and on Suspend it went black but would not resume.

One question. For Mageia and most of the other distros I have tried, I have tested the sleep-resume function from the USB, without installing it. Aside from post installation fixes, would this effect the performance or should I expect the same behavior from the live USB as if i installed it?

well my mac is just a backup and i never tested hibernation. i can try this and test it but i can answer only tomorrow because it’s very late now in germany. i will post tomorrow.
maybe this is useful for you:
https://wiki.mageia.org/en/Power_saving
it’s the wiki of mageia

on Suspend it went black but would not resume.

I also have a mid 2010 iMac 12,1 with the Intel chip that would no longer accept the latest Apple software upgrade. I upgraded the ram to 20GB and installed an EVO 500GB SSD. The Graphics card is an Intel 2nd Gen Core Processor. I installed MX-Linux and Mint and ran for those for awhile with no problems. I really like Manjaro however, and soon installed Manjaro, cinnamon desktop. The only problem I had was the fans ran full blast all the time. I found a fan control app on AUR and that solved the problem. That iMac is a nice piece of hardware and has been running flawlessly for several years. Have had no problems waking up from suspend and don’t use hibernation. Keep playing with it Rollo you might get it yet!