Is it possible to dual-boot with a compressed Manjaro image?

A 2 in 1 Laptop (with 64GB eMMC) is en-route to me and it’s coming with Windows 10 home. I’m not familiar with desktop OSes running from eMMC, but from approximately 1 week of research I came to learn of WIMBoot, a technique where Windows boots from a compressed image, to save space. I’m not sure if the device I’m recieving will use this technique

Inside manjaro compression is possible (even on boot)

For all of this list the sort of compression can be selected. And it is save, because it is used by default by a lot of people.

This is the Manjaro forum and we’re very good at deleting Windows, but we’re not very good at keeping it in the air, so you should take that question where it’s on-topic. 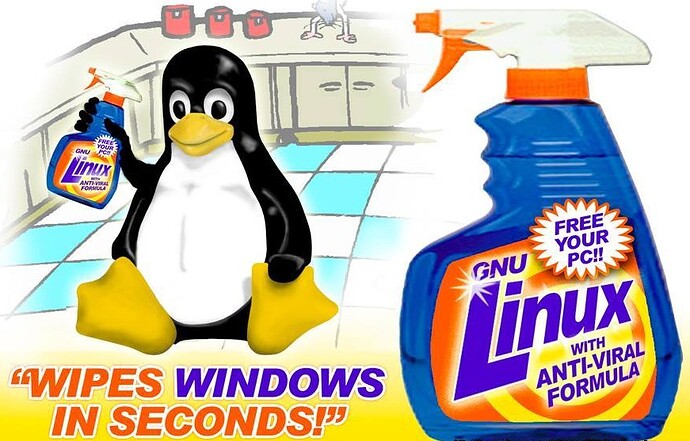 solid state storage like eMMC. How much of a damage are we talking about here?

Difficulty: ☆☆☆☆☆ Remember when you installed your very first Windows, added bells and whistles and then couldn’t see the trees for the wood any more and had to re-install? Well, you’re in the same situation now: You’re a N00b again! Embrace it!

Thank you for the quite lengthy albeit jovial reply. Let me state for the record that I deliberated the better part of an afternoon whether to post this in Manjaro Forums or more general purpose forums like THW. But in my experience Manjaro forums (and in general most of the many Linux forums) always gave me a curt, to the point answers that solves things outright whereas other forums sends me down wild goose chases where I eventually stumble into the solution by accident on my own. I knew I was skirting a line when I asked a question that involved windows, if I broke any conventions I apologise.

Funny you should mention a standalone grub, because I’ve been thinking about that when I was triple booting Manjaro-Mint-Fedora on my last laptop, and having 3 copies of grub felt redundant. Sadly the laptop gave up its ghost before I could try anything.

I do have a modest USB with a modest selection of ISO’s that I carry around whenever I need to deploy Linux to save the day. It’s made with Ventoy, so I’m not sure if it counts as expert.

When I asked this, I wasn’t asking about keeping windows safe. I can always reinstall and try again. My question was more towards if I’d brick my device since this isn’t like a PC where I can just swap parts or reset a jumper. In hindsight (now that I have actually perfromed the deed) it was a no brainer. But I was just so used to just a little concerned if eMMCs work differently to HDDs when it comes to partitioning.

Surprised you skipped zilch. I don’t know where I got the idea but it was some forum post asking about how to partition an SSD to dual boot Ubuntu/Windows and the first answer kinda phrased it like it was a capital offense to even think about partitioning solid state drives.

Ouch, looks like you hurt my fragile pride. JK. I don’t have the confidence to call myself a Manjaro power user but I think I’ll be able to get most things done… with a little bit of google-fu on the side. I committed to Manjaro as my only OS for 3 years so that should be the least I should be able to do. Also, it seems like a good read, I should get on that.

though the question is yet to be answered?

Yes it’s possible, but you took the right path: Just ensure the Windows D: Drive and the Linux /home are on an external SSD / HDD / SLC USB, … and use that to store your data (50/50 NTFS/EXT4 respectively again is good until you know how to re-partition (Or shrink/grow) better according to your needs.

Just ensure the Windows D: Drive and the Linux /home are on an external SSD / HDD / SLC USB, … and use that to store your data

I took your advice and partitioned the external SD Card after much deliberation of whether to use a singular ntfs partition as a unified home-data partition, but I figured it would only be a matter of time before the cobblestone foundation of Windows would crumble beneath the perfectly functioning Linux. I did use F2FS instead of EXT4 though, since it supposedly works better with Flash storage. So, thanks for all the help and suggestions. The limited storage issue is abated for the time being.

F2FS instead of EXT4

If you already invested a lot of work, leave as is, but if you did not: