locale was set using KDE but no such thing exists in /usr/share/locale.

I have setup my locale using the settings window like the following: 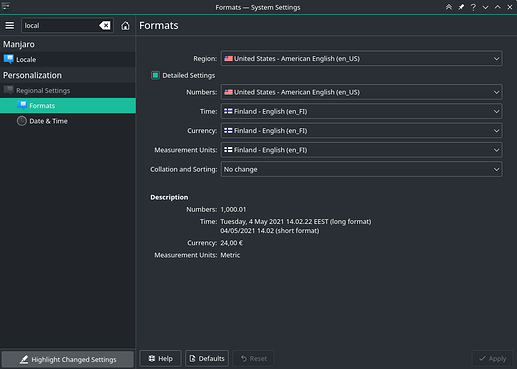 Checking the locale would show:

I then realized some softwares stopped working and/or throwing errors including rofi and R.

en_FI is not a valid locale to begin with.

While searching I stumbled upon the following:

I would like to emphasize that the en_FI.UTF-8 should be a thing (if it is not already) as not everyone living in Finland speaks Finnish. (fi_FI, sv_FI are already there and en_FI is what many would need/want)

Indeed there is no such thing as en_FI neither does a sv_FI exist - at least when judging from the default locale.gen file for Manjaro (inherited from Arch)

Thanks for the reply, but you have a typo which makes your statement slightly wrong. There is sv_FI but you forgot to put the -i in your grep to make it case insensitive

It might not be if any significance, but I was under the impression that the /usr/share/locale and /etc/locale.gen both have all entries of locale but: 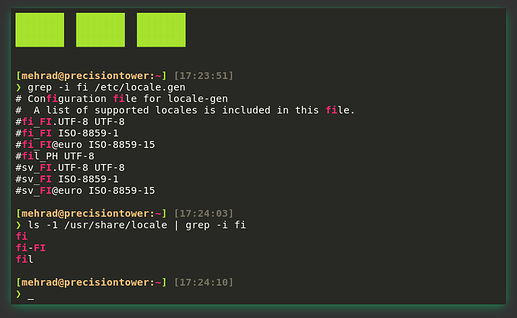