Hello hello.
First thanks for giving attention to this thread!

I want to create the fastest possible system with the hardware I have.

What do I have and what is the plan?

For now, the closest tutorial I found is this one
[https://www.reddit.com/r/archlinux/comments/n7hfwn/how_to_uefi_boot_software_raid0/]
I suspect I will need a little help with “translating” the command from arch to manjaro.

When I had time a month ago successfully installed manjaro with normal gui way on one nvme. But after the kernel update - it broke and cannot boot.
I have no idea if it was a specific version of the kernel or with all the kernels it breaks the boot of nvme pcie. I Don’t have the will to figure it out.

Is this some common problem on PCIe nvme?

I also have 64gb ram.
If successfully running a system on software raid for future improvement i want to try rapiddisk for extra speed. Never used before. But in theory, will extend the life of the SSD and will add extra speed. 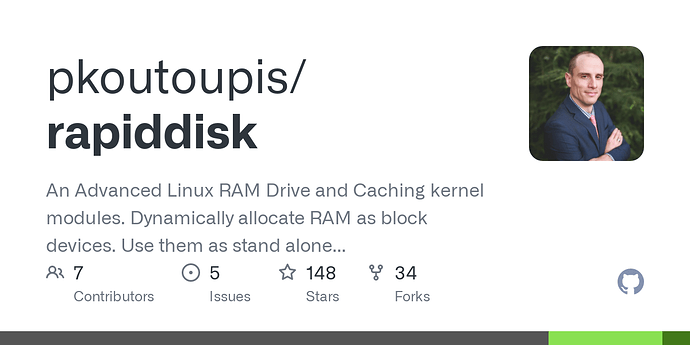 An Advanced Linux RAM Drive and Caching kernel modules. Dynamically allocate RAM as block devices. Use them as stand alone disk drives or even map them as caching nodes to slower local disk drives....

What is your opinion?

I have one mechanical hard drive (1tb) for regular backup of the system. (Also in near future will have a trueNAS system)

My personal goal here is to create a script for nvme raid 0. So in case of an accident to put a USB and executable that script for a fresh installation.
With my poor knowledge, this will be a long journey.
And will start tomorrow