Icons of one program in Xfce missing on the panel

How can a put the proper icon on the Warspear Online game? Just this app the icon is missing on the panel, when minimized. The icon is that one between discord and brave, but when I open the game it doesn’t show in the bar. 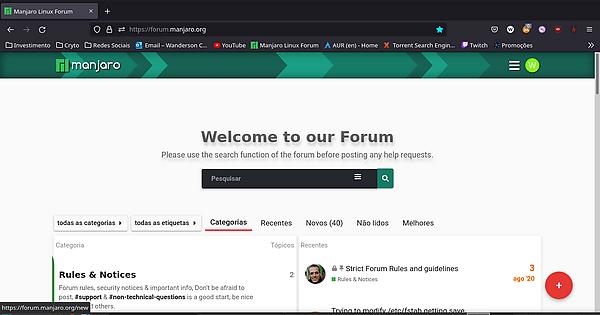 That is to be expected if the application icon is unknown in the current set of icons.

I did not understand what you mean with launcher. On properties we have a launcher tab but the path is /opt/warspear/warspear-online

Same thing, no icon when I open the game.

The reason for copying the file is because any changes made to system files may get overwritten.

This is why you can use the local applications folder.

It can anything causing the lack of icon and as such not a system issue.

Perhaps the launcher points to the wrong file - maybe the developers changed name or changed the location.

You need to edit the launcher file (.desktop) with the path to the icon you want to use.

Ty for the answers.

Did what you asked, but no success it only changes the icons in the menu applications, on the desktop, BUT in the windows applications (when you open the game) still a “little white windows icon” like in the picture’s thread.