So, I recently installed Manjaro Gnome, and it works very good, I’m happy with that. But want thing that its missing, is the boot screen of Manjaro, that one which looks like Ubuntu boot screen, instead of it, I got 4 little squares on my screen. This is not a big problem, but will be cool if I can fix it. Im new in this, so I will appreciate any help, thanks.

I have no idea what ubuntu looks like. Are you talking about the grub screen? If so hold shift while booting.

Is not grub, is the splash screen, instead of having the black screen with the “manjaro” text at the bottom, and 4 dots, in my case, I just got a gray screen with 4 squares on the left side of the screen. 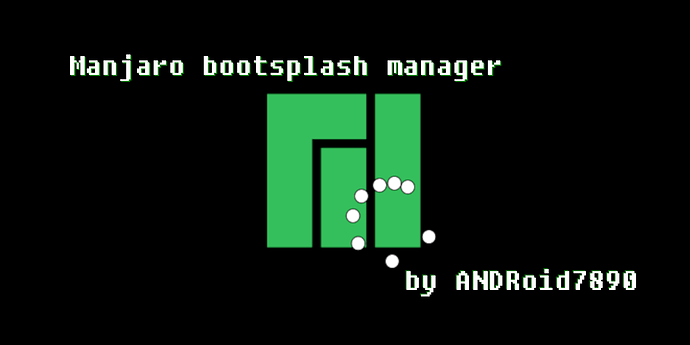 Manjaro Bootsplash Manager. Contribute to ANDRoid7890/bootsplash-manager development by creating an account on GitHub.

Thank you so much, so I have to delete bootsplash-systemd and install plymouth or something? And where should I get other themes for the splash screen?

No no, never! There are several themes for bootsplash-systemd if you have it installed.
The themes are named as bootsplash-theme-*. You can install those from pamac or using pacman and try.