I am not having latest kernel despite pacman -Syyu. Any list of modules for particular hardware support?

in menu / Settings manager (button on the top) / Manjaro Settings Manager / Kernel i see i am NOT using latest non-experimental kernel: 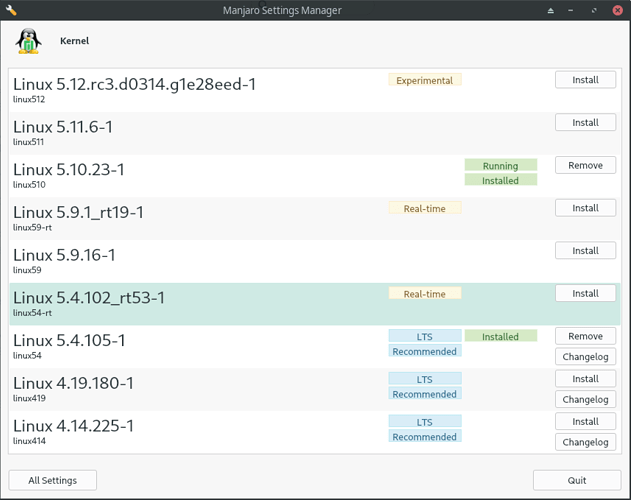 is this correct, if not, please what to check or which command to run?

also i am asking because my netw0rk adapt€r r8169 is not working in this Linux and should work in kernel 5.12-rc6. I am not sure how exactly i can discover under which kernel this adapt€r is supported or how to install its support.

No package installl themselves - kernels included.

And because Manjaro is not Arch … you will have to explicitly install the latest stable kernel - a friendly advise - because it is newer it is not necessarily better.

This will update any installed kernels but will not install a new kernel for you.

You can install 5.12 by clicking on the install button you can see in your screenshot.

Thanks, i had an impression i am on something called rolling release which would mean kernel upgrades are part of the regular update system. Also i am using ZFS filesystem (on non-system drive) so maybe i need to rely on kernel that supports it?

I doubt many people would want to be forced onto an experimental kernel, particularly given the issues that 5.12rc1 had. 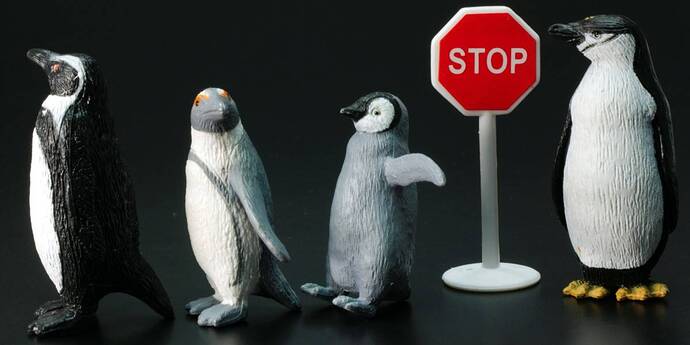 I had an impression we are on something called a forum, so

You are - but because Manjaro supports several kernels besides Stable 5.11 and LTS 5.10 and Mainline 5.12 which is RC - you will have to install the specific kernel.

Where lies the issue? You have not installed kernel 5.11 - how can you expect it to appear on your system? Or 5.12 for that matter - if you didn’t install it - it won’t automagicly appear.

any feedback regarding the discovery of that €thernet adapter support

you mean the steps are to visit that site and click Browse next to all kernels higher than mine and use search field to lookup for example “r816” (part of my net adapt€r name, that dmesg reports as unknown chip?). I see it lists so many entries back to 2019. I have also checked changelog section next to each new kernel and unable to find that phrase. So there is no noob friendly way to discover in which kernel it is supported?

So there is no noob friendly way to discover in which kernel it is supported?

Short answer - no - but you could use your preferred search engine

Only lists kernels already installed. a Kernel is installed with:

You can view available kernels with

This will list all available kernels to install. To install a new version, use the -i flag: