[HowTo] bulletproof your personal effects (save your stuff!)

This is great info, but it’s also “a wall of text” which won’t be read unless you split the commands, logic and explanations by using the [details=""] section much more than you’ve done now.

(Yeah, it’s a bitch getting the spacing correct)

I am use to dealing with that. Especially painful when writing about code, but if one already deals in code, one also is probably dealing in spacing of code and thus is use to the pain. (That, or one uses a text editor and does /n[spaces] performing find and replace operations.)

I understand the wall of text issue. I understand it too well. Manuals often suffer from this, so I suppose you could say as a compromise to accessibility, the way I write is more consistent with software manuals.

That is done by @admins not moderators.

This is fantastic! I haven’t updated my desktop yet; I am going to follow this guide before I do. I really appreciate the step by step and the explanations. Thank you for taking your time to share this!

4 posts were split to a new topic: Correct size for root partition

The only reason why they do that is because of FlatPak being sandboxed. You’ll have 10+ copies of the same library across multiple applications, which is stupid in comparison to a shared library setup which takes up much less space.

As much as I love FlatPak and Snap in concept and understand how much dep hell it can prevent, I would rather just different version packages for different software. If something needs to be that specific to require its own libs, I wouldn’t mind it. And reallly, that is this topic’s target — the user who installs conventional packages, and maybe the occasional sandboxed software.

Not to say you’re wrong for what you’re doing, testing is great! And not everybody is conventional, nor should follow my advice. @Persephone should evaluate what software on the system is necessary and one’s own use habits before committing to the above advice. But I believe I provided sane defaults for most people trying any Linux system out.

Per my understanding, this configuration makes backing up more tenable for the average user than what OEMs provide for Windows by default because less thinking and configuration is involved. It can better integrate into a typical user lifestyle so when stuff goes wrong, it can become right faster.

Doing the dishes? Back up home.
Mowing the lawn? Back up root.
Working AFK or socializing? Back up effects.

Whatever your configuration is, it should be suited to the access conditions required. ext4 is a given, and supports everything you need but doesn’t mount on Microsoft Windows,

There are methods to access ext4 on windows – some of them are awkward, require programs or are read only. It’s been years since i’ve had to dual-boot and havent had windows in a long while, but I used to do it quite regularly.

(remove spaces from links to make them work)

I should had said, by default. Everything about data accessibility in the OP is about accommodating what your firmware / system allows normally rather than pulling out tricks to make systems do things they don’t perform by design.

The best part about this is every example provided doesn’t require the installation of additional software. A common space for effects which all systems respect is infinitely better than a configuration where you happen to need that one file from your home part, so you have to spin up your Ext2+ hack in Windows to grab it. Rather, this common space is what Windows and open-source systems can tap into without odd pieces of kit.

OS X, I am not sure about — Paragon still provides a utility for reading NTFS partitions but since I lack experience there, and I am not sure if Apple allows this by default now, I’d recommend exfat for Apple systems since in Apple’s own documentation they mention it as something which can be used in their Disk Utility application.

ntfs is more suited for Apple and Microsoft, whereas exfat is supported practically everywhere except for “Vintage” computers. before the time of OS/2’s hpfs format where fat32 and fat16 reigned supreme. Neither of those really matter these days save for less necessary compatibility concerns.

Yeah,this is incorrect. @admins please give me additional time to edit so I can fix this. ntfs on OS X only applies to users of Paragon NTFS for OS X (or some other free solution) whereas exfat is suited for OS X as a common space.

So for practically everything, exfat, for Windows only, ntfs.

But I believe I provided sane defaults for most people trying any Linux system out.

Yes… If they stick to vanilla (I never expect a new user to stick to vanilla) and if you consider today’s norm.
My two cents are there to allow for long run installs. Several years as I see on my 50+ converted friends.

My two cents are there to allow for long run installs.

I’ve been using Ubuntu for years with my figures. Though, if someone isn’t sure and feel they need more space for the time being 48GB or even 64GB is a good bet.

Another thing I never mentioned (but should had) is the idea of making a backup that you can boot from to continue work. If it can fit on a USB stick, then you can continue to perform work if for some reason the primary media no longer functions and you kept work off of it. That’s actually a really good point I would love to append — the capability to become portable with use of a monolithic kernel.

That is why in scenarios where a RAID setup isn’t in anyone’s future, at the very least doing work on a USB stick can save the trouble of trying to recover most recent work if using a common area as a vault after work is no longer necessary to persist on the portable media.

I will make a proper post on this later but it might be worth mentioning a project with a related but different aim: 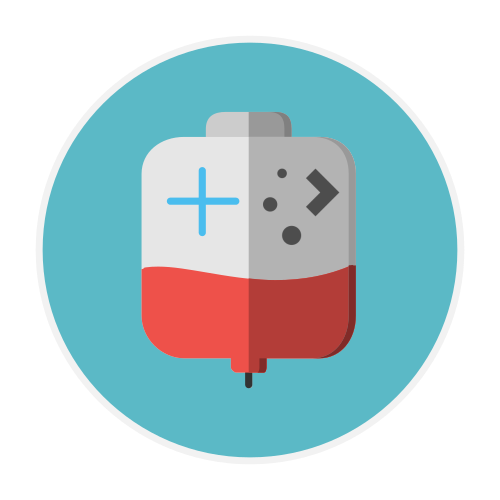 I was finally given the capability to edit this post (and made an effort to remove my pleas from this topic), so I’ve tightened everything up and excised the fat I added previous so that the message conveyed comes across more clearly with correct information and additional reasoning for performing as described in the OP.

Half of the OP is a complete re-write, so it might behoove previous readers to look through it again.

I added a ToC but the ToC is broken? Does it even work here?

Very complete edition !
For unknown reason, here, I see the table of content, my cursor “sees” the links, but nothing happens : doesn’t move to the anchors.

later and I think I am done with this. Unless there are outstanding grammatical issues I have no intention on tightening up the language further and bumping this topic since other posts deserve their time in the limelight as well.

I would still like to know what i am doing wrong with the table of contents. Could any @moderators please look at my code and figure it out? The last post I submitted has a URL to the article @nam1962 linked me (which was split off into its own topic about root part size) that shows a functional example but my issue may be due to Discourse meta using a later version of the software or deep linking is disabled.

In hindsight, some of those edits were from moderators but I wasn’t fussed about that when I made this post. Apologies to @moderators for constantly pinging them but I still need their help.

Hey, good we made some progress. The issue in your edit is that you missed the # where you have:
a href='heading--
Should be:
a href='#heading--
on each line from the content table …
Also, you can drop the > at the the beginning of each line of code in your edit, unless you want it to look like is a quoted part. Hope this will help you make the 34th edit

Right, so uhm the reason why I made the ToC a quote block is to distinguish it from the body text, similarly to how Wikimedia foundation has a distinguishing of ToC in its software.

Sure, no worries, glad now is working as intended