How to run EGS games that use EA app in heroic?

I want to use heroic for EGS games since it allows me to configure each one, while in Lutris it’s either a new launcher for each game or one config for all.
But I can’t run Battlefront 2 in heroic. I installed EA app through heroic(add game) and it launches, I installed the game in it, but it won’t launch.
My guess it’s cause my game is owned in EGS - I need to trigger launch through EGS and it should launch EA app, but I can’t do that.
Does anybody knows a way?

Use EPIC launcher in Lutris for these cases (and still there, good luck).

HEROIC doesn’t support that, they specifically added commits in the past months to specifically make it clear YOU CAN NOT INSTALL THEM IN HEROIC. 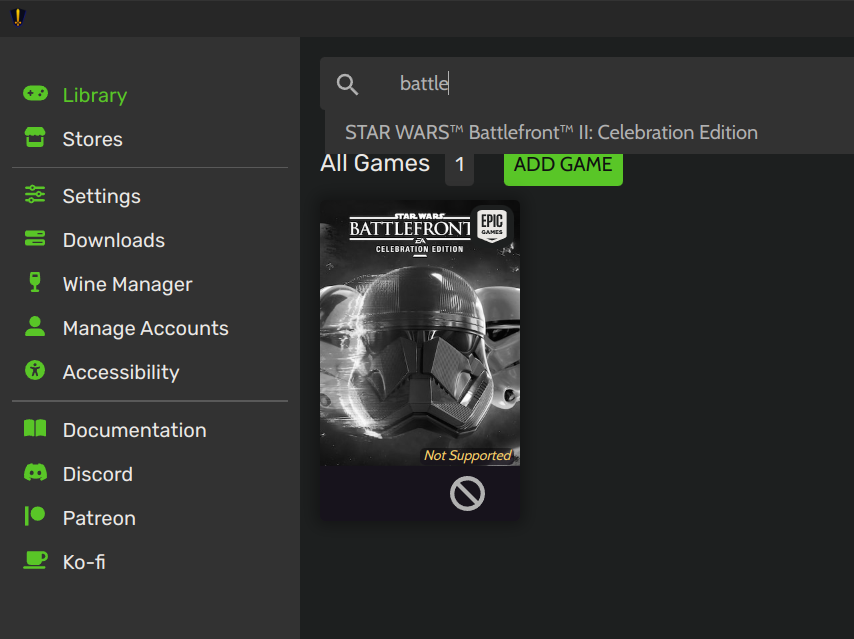 you can still have a look at the Battlefront 2 Lutris page:

The biggest problem I guess is these crappy EA app which mostly hinders you from playing. Cause I had always problems to get the EA app running flawless.

You need to have EPIC and EA running at same time in same prefix for the whole thing to work (if I remember it wants to check the EPIC account and the EA account to launch or something like that). So you need to install EPIC launcher, then from it you launch the game, which will install the EA launcher

from which you add the game to your account, download it, and start it, and in theory it works after you do that. In theory. Good luck.

I think if you only install EA launcher by itself it doesn’t work, you can’t launch it.

//EDIT: basically this is what the LUTRIS / EGS - BF2 script should do.