Help making an image file of an 128G SD card

I am trying to make a backup of an 128G SD card, and each time I end up with a corrupted image of about 1.9 G.

The card contains a linux os, with kodi and retropie (+ lots of game roms) pre-installed?

I tried with dd, clonezilla, and also on windows with an application called win32diskimager (as recommended by the company where I bought the card).
Normally, when I insert an SD card or a USB stick in my laptop, the disk an devices menu pops up from the system tray, but this is not the case with this card.
Any ideas on how to backup this SD card ?
Is it possible that my external SD card reader is too old to read such big SD cards (128G) ?
Is there a way to make a disk image from the pi while the card is in use, by connecting an external HD to the pi ?

When I put the card in the raspberry pi, it boots normally, and I can use it without problems, so the card itself is ok.

fdisk -l gives this output, a bunch of /dev/ram and then the actual SD card partitions 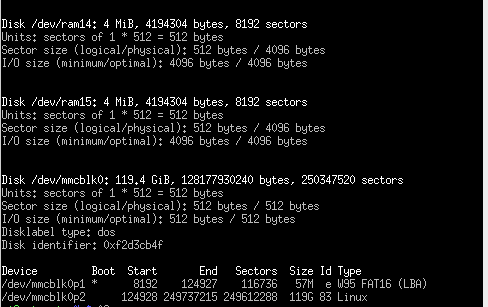 as i told you on the raspberry forum, use the sd card copier.
you should keep a copy of stock raspberry just incase. 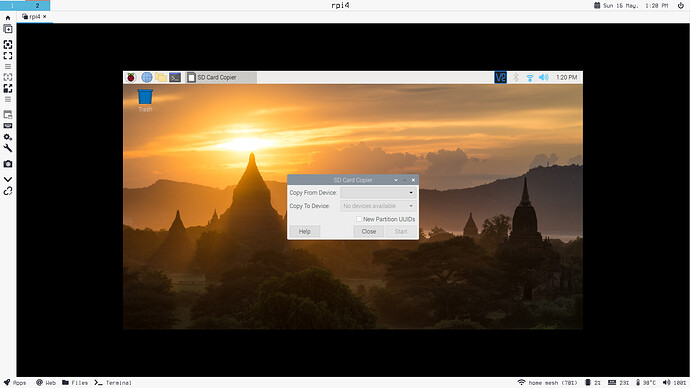 Depending on how you intend to use the backup - Clonezilla may be the answer to your question.

I tried dd and clonezilla with linux and win32diskimager with windows, none of them create a correct image, and I tried on 2 different PCs, once with an external card reader, and once with a built in card reader.
All create a 1.9M corrupt image of a 128G SD card, but the card works just fine (kodi and retropie with a bunch of game roms)

Any ideas why all of these tools are not capable of creating a full image, while the software (OS + applications) are working fine ?

I now found a tool on the raspberry pi forum that allows to create an image from the running OS, but I did not try it yet.