Having two home and root files

I have manjaro on a live environment when I tried to install it on my main laptop (lenovo legion y520) the installation would complete but the 0xc000000e error always popup, therefore I installed bootloader on the ssd
and partitioned the rest on HDD, this time the installation worked normally, but when I enter dolphin I see all the system files(bin,home,root…etc)on both the ssd and
hdd,is that normal or it would cause problems?

No problems - you are just confused at the results of what you did.

Now the files from the first install are still there, of course - and you see them when you look at the contents of that drive that you first tried installing to.

This seems to be familiar to you - I have never heard of it.

Thank you so much, but I have to ask how to remove the remainant of the first install ?,and the 0xc000000e error happens when the windows boot configuration is missing because windows was installed on the ssd (which I wiped installing manjaro) but there were 500 mb was allocated to windows 10 (which I assume was for the bootloader) which caused this error therefore I had to partion it manually

but I have to ask how to remove the remainant of the first install ?

really?
how do you usually get rid of stuff you don’t need or want anymore?
… partition and format the drive again - or just delete what’s on there

Is this a second hard drive you want to use for storage?

No, I have an ssd (which I used for manjaro) and a hard drive that I want to use for storage

To use the second hard drive it needs to be mounted.

An easy way to have the other drive mounted at start up for new users is to use Gnome Disks.
In Gnome Disks you can select the drive and the partition on the drive you want to use click the gear symbol which is for addional partition options, then click edit mount options and select mount at startup. It will edit the ftsab file for you. You can also just select to mount the partition in that program. If the hard drive is not formated, you can also format it using this program. That will wipe out anything that is on that drive.

Or you can do it all manually.
It is good to know how to do so. 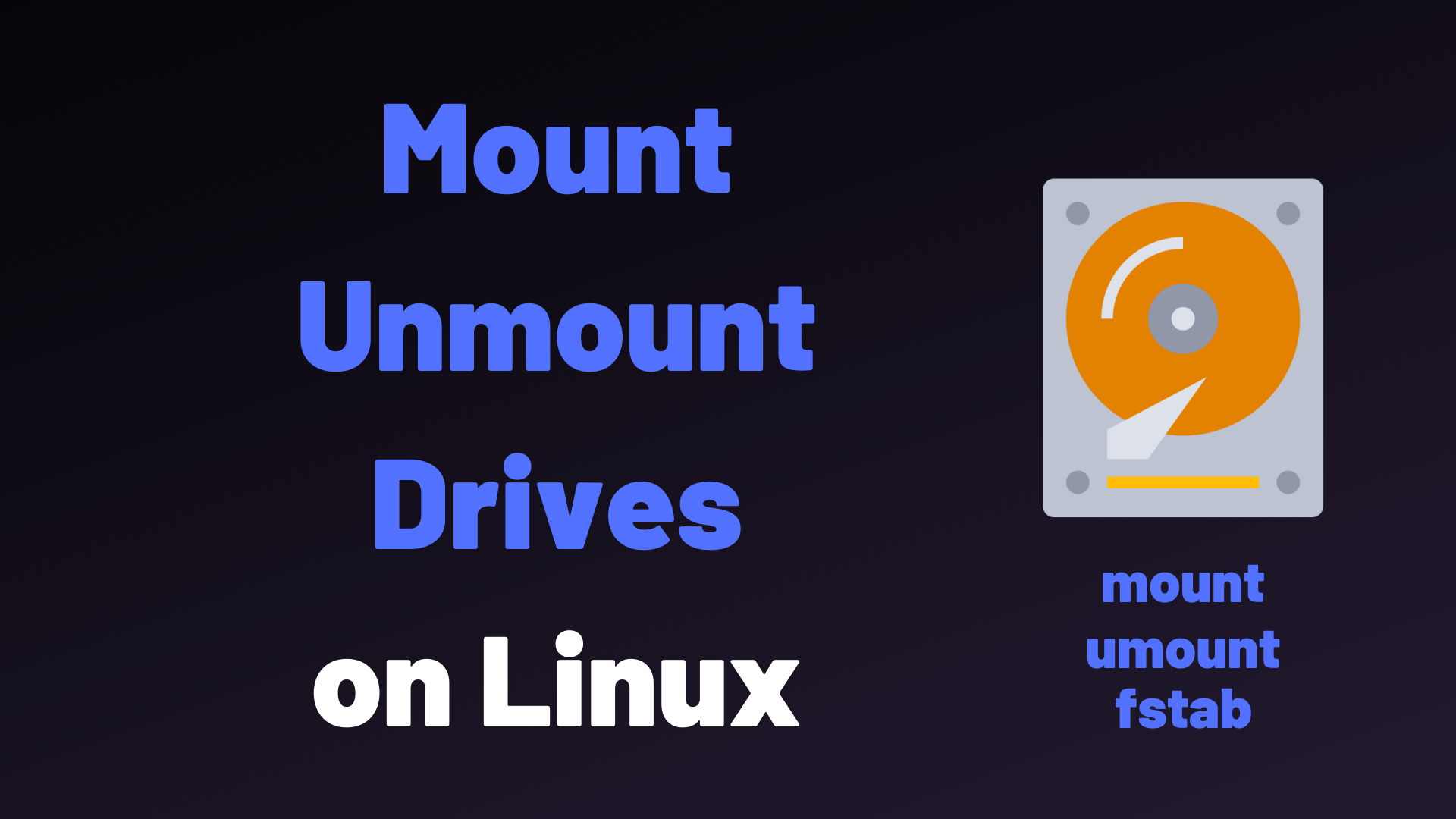 How To Mount and Unmount Drives on Linux – devconnected

Be warned that if you break the fstab file your computer probably won’t boot into Manjaro anymore.

I went with the easy option and chose gnome disk utility and formed two partitions (A and B), but both of them have a folder that is called lost+found ,is there an issue with that ?

but both of them have a folder that is called lost+found ,is there an issue with that ?

No issue.
That is a standard folder which is created when you format your partition(s) and create an ext4 filesystem on them.
You can delete it - but it will be re-created eventually.
It is a feature of the ext4 filesystem and it belongs there.
It’s used by the filesystem (not by you!) in the event of errors upon checking and repairing the filesystem
whenever that is needed (which is very rare).

/home/ and /root/ are directories, not files.

Well I restarted my system and it doesn’t boot, and now in the live environment again,but now I want to partition it correctly so now which directories I should put on the ssd and hdd ?

I want to partition it correctly so now which directories I should put on the ssd and hdd ?

You apparently installed first to ssd, then to hdd
and then you couldn’t figure out which is which, because of course the disk contents will look identical.
You should know where you install to
and - in case that is needed - tell your computer’s bios which device to boot from.

I want to partition it so that the system will be stored on the ssd and the applications,games that I install will be on the hdd

You cannot easily separate games and applications from the system -
not without a lot of effort and knowledge about the applications and games at least
which I suppose is a safe bet to say that you do not have this knowledge.

It also does not make sense …

You can put your home directory in another partition. You can move folders to other drives and sym link them. Applications are spread out over many directories and usually are in root which is a system directory. Executable files are located in /bin but the libraries it uses could be under /lib so those programs wouldn’t easily be moved. Steam games can be in another partition/drive easily. That is as easy as going into steam and creating another Steam Library folder under settings. App Images can be moved easily as they are just single files that contain everything needed.
Maybe Flatpaks could be, but I haven’t looked into moving them.

Me personally, I keep my documents, videos, pictures, downloads, and music on another drive and sym link those folders to home. That alone will save you a lot of space for your main drive.

Others have their entire home directory on another partition.

Now I partitioned the swap and root on the ssd and the home on all of the hdd (I have no boot because MBR) and now everything seems working, is there any problems with what I did ?

No Problem with that.
I did the same already before a while, and anything works fine.

Its even my way to stay save. Having 1 ssd, 1hdd, at the ssd is the system, at the hdd is my home.
I got even on my hdd another root partition, and an old windows partition.
Booting from the ssd, because the system runs faster from the ssd. And if this doesnt work anymore, i still got my root folder additional on my hdd, where i can boot into. Grub is installed on both, ssd and hdd, and i set it at the Bios settings, from which disk it start first.
I only switched now to 2 ssd with the same configuration, because the hdd made sometimes weird noises, not sure, if it is a connection or hardware problem, and i simply copied all my home (with rsync and all sym- and hardcoded links checked) over to the ssd without a problem. Changed afterwards only the UUID at fstab, that it initialize the new home and done.