It can be noticed in case of pamac.

If the new GTK theme is applied, all looks fine: 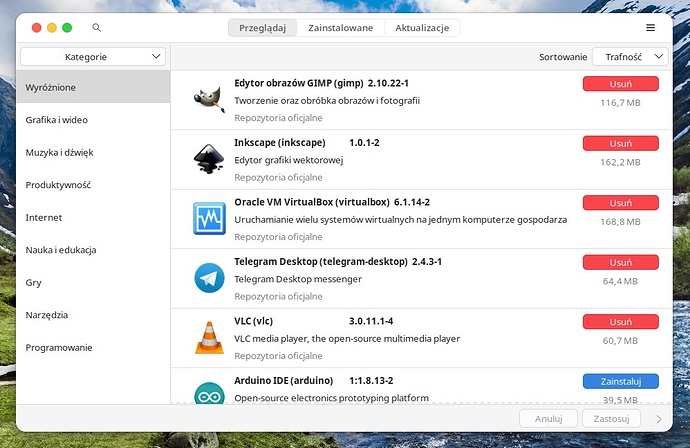 But after the session is relogged or system restarted, the window buttons are missing: 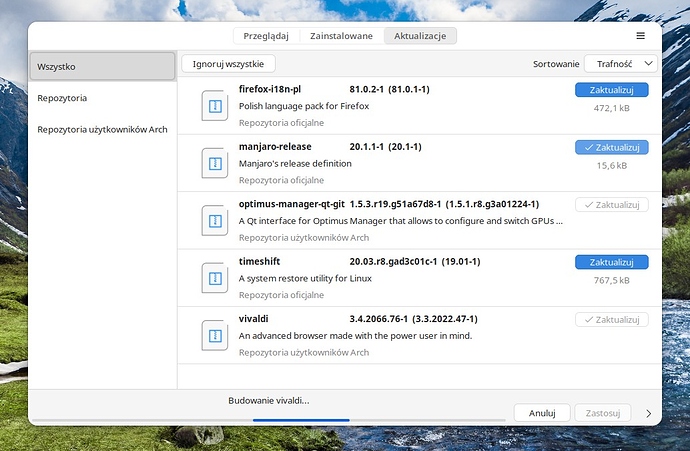 They are there and I can close the window, clicking the empty space blindly, but the issue persists with every GTK theme I tried so far. I first suspected that my themes were outdated, so I downloaded some recent ones but the issue stays.

Hmm… Looks like I have many lines from legacy settings that are no longer relevant. It’s possible that they conflict with new ones. I could try to delete some, but I will be guessing which ones doesn’t belong here anymore. I could be wrong and break it even more…

I’ll check it once I get more time, so probably in few days

Unless you have some ready suggestions @bogdancovaciu ?

I thin the one you can remove is the

Here is the one i use now:

I tried to experiment with settings.ini and other files in the folder like assets and gtk.css, colors.css, window_decorations.css but no luck, issue persisted. So I renamed ~/.config/gtk-3.0/ to ~/.config/gtk-3.0.bak, changed gtk settings from UI to Breath and back to the WhiteSur-light. It created again a clean ~/.config/gtk-3.0/ folder.

I restarted the system and the issue is gone. My guess is: the fault was in gtk.css which pointed to window_decorations.css and that pointed to assets folder, which had invisible buttons svg files. Probably some fallback after old settings. The new gtk.css also is pointing to that file now, but the file is gone, as well with the assets folder, so decorations are taken from the chosen gtk theme.

After the ~/.config/gtk-3.0/ was restored to default state, all I see inside are:

Also, comparing the old settings. ini and the the new one, I noticed only change in one line:

I guess bookmars file has to be copied over to new gtk-3.0 settings, since it has bookmarks for gtk file explorer, which I want to keep.

Thanks @bogdancovaciu for pointing me to the right configs.

EDIT: But this file was created again. So, to fix this issue properly, we need to open a bugreport on bugs.kde.org.