I just restarted my machine after an update and it looks like there’s a bug with the GNOME dock. Put simply, here’s the problem (see the Terminal & Firefox icons):

Expected Behavior: When I open an app from the dock, a small white dot appears below that app’s icon on the dock.

Current Behavior: When I open an app from the dock, the small white dot appear on top of that app’s icon on the dock.

Appreciate any help here. Thanks a lot!

Did you change any theme from what was originally there?

No, I’ve used the same theme.

This is a Dash-to-Dock appearance setting. Open the extension & change the preference to “Dots”

Hmm, I looked it up, but there doesn’t seem to be a ‘Dots’ preference? Screenshot: 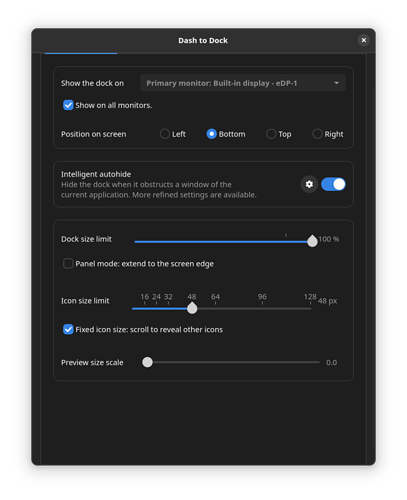 It caught me out before too. for some reason the extension MENU is out of view, you need to scroll up to see it.

You’re a saint! Attaching screenshots to document for future reference, in case others face the same issue: 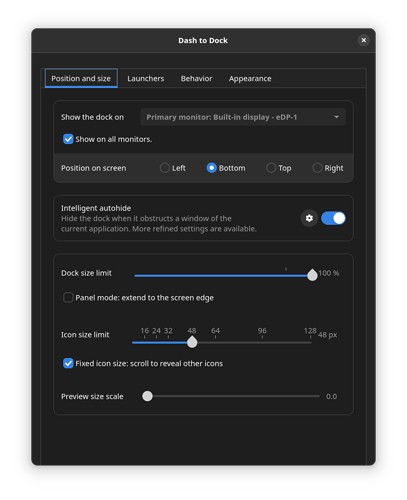 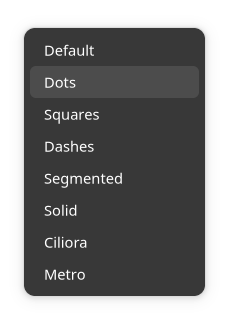 This has resolved the issue.