Gnome dash to dock not showing mounted volumes and devices

I have a simple question: How can I get my NAS (and maybe also my google-drive) to show up in the dock?

The dash to dock extension, has an option to show mounted devices in dock - but my mounted NAS is NOT showing. 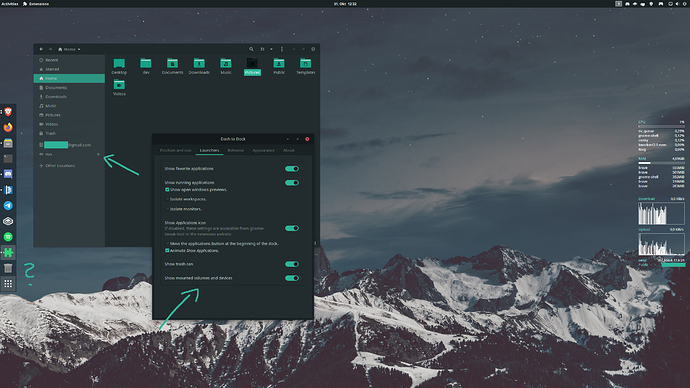 Any help is highly appreciated

EDIT: As stated by @linux-aarhus and @Chrysostomus, it seems that the backend from Gnome is working correctly, and the issue is coming from the dash-to-dock extension. I created this issue on the dash-to-dock github: dash-to-dock is not showing mounted network volumes and devices · Issue #1338 · micheleg/dash-to-dock · GitHub

I am no longer familiar with Gnome. One thing I do know is the list is provided by gvfs. Using Thunar as my file manager I have found items stored in the gnome keyring is remembered even the app is no longer installed.

I know because I tested with gvfs-google package on Openbox.

When a successful connection has been made the login is stored in the gnome keyring - and is available to gvfs even gnome-control-center has been removed from my Openbox installation and whether connected or not - it is listed in Thunar navigation pane.

Yes - I know you are using Gnome - nonetheless - my thought is your issue is extension related and my recommendation is therefore to contact the developer using their issue tracker.

Since the mounts are working and showing in nautilus, we know that the backend is fine. So the issue is with the dash-to-dock extension.

I can reproduce the issue. It comes likely from upstream, so you might want to consult their issue tracker here:

dash-to-dock is not showing mounted volumes and devices

@Chrysostomus Thanks for your answer!
After the response of @linux-aarhus I created this issue today, so the issue you linked is actually mine

Thank you anyways though!

Do I need to pick a comment as the solution?
The issue is not resolved yet, but since it appears that this is a bug in dash-to-dock, everything we can do here was creating that issue on github.

After the response of @linux-aarhus I created this issue today, so the issue you linked is actually mine

I figured it might be you because of the similarities, but linked it anyway just in case. I don’t think it is necessary to mark this as solved, as the issue is ongoing, and marking it solved expedites the closing of the thread.

So, I just downloaded the source and looked into dash-to-dock because I have nothing to do on a Saturday evening with lockdowns (although admittedly I have absolutely no idea how gnome-extensions work).

One thing that immediately popped into my eye was the following:

So it appears that the author of dash-to-dock is purposely NOT displaying network volumes.

Anyway, I deleted those 3 lines, and built dash-to-dock again.
My google-drive is now showing in the dock. 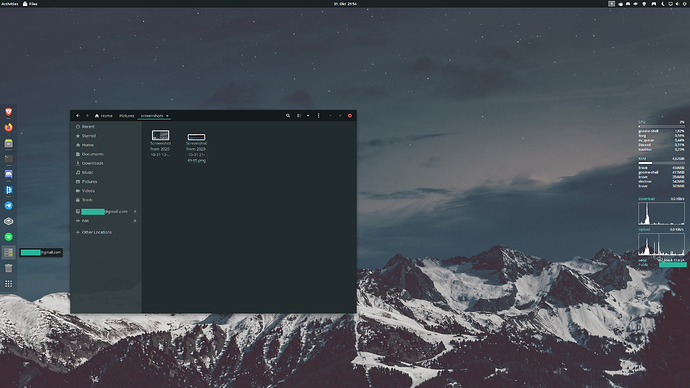 My NAS that I mounted in /media/nas is still not showing up though.
And somehow, when I click on the google-drive-icon in the dash-to-dock, it opens with Code-OSS instead of nautilus

So I’m not sure if this is going to get fixed, since it seems as if this is the behavior that is intended of dash-to-dock’s author.

It has worked previously and the ui is still in place, so there is a fair chance it might get fixed.

Thats nice to hear! Didn’t know that it worked before, I am a newbie to linux and gnome.

I think the negation has been missed by accident

It may have been intended to be

@linux-aarhus I don’t think so, since this is the general mount-section of the code.

This code above would probably result in usb-devices (and any other mounted device that is no network-device) to not get shown in the dock.

Admittedly, I didn’t look to deep into the source-code, because I am no expert in gnome-extensions anyways.
It’s probably best to hope that this will get fixed by the dash-to-dock author.

One thing to note: This special handling for network devices is in dash-to-dock since January 2020. The commit message “locations: filter out network volume locations” suggests, that these 3 lines should filter out any network-device, and thats what happens at the moment.