It would appear that the latest versions of Krita since 5.0.0 changed the way the g’mic plugin is handled.
Previously there was a package g’mic-krita in the repos.

According to the Krita website it now requires g’mic-qt which is not in the repos and when trying to launch g’mic inside Krita it gives the error “The GMic plugin is not installed or could not be loaded.”

This happens even is g’mic is present on the system.

The Krita website offers flatpak versions, but I would prefer to get everything working via pamac.

Could g’mic-qt be added to the repos in a fashion that it would make Krita work as before? I am not sure how this should be approached correctly.

Here is a similar issue: 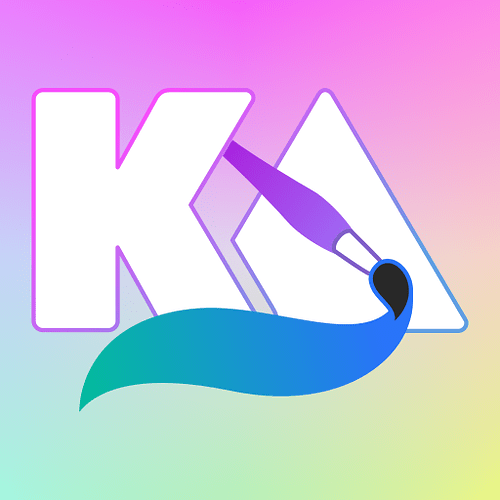 As the topic’s name suggests - neither repo version nor krita-git from aur have GMIC bundled. I haven’t built from sources manually to know how to trigger building/installing an “integrated” version. I know it is a job for a packager and he is...

You can build gmic-qt yourself with cmake: 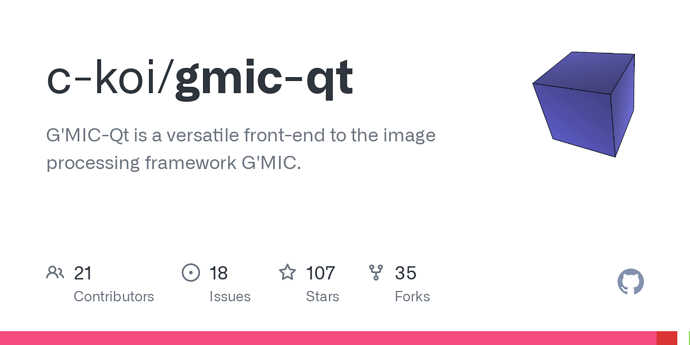 GitHub - c-koi/gmic-qt: G'MIC-Qt is a versatile front-end to the image...

The Krita website offers flatpak versions, but I would prefer to get everything working via pamac.

My suggestion is one of the following:

And you can switch to pamac version when the Arch official upstream has the Krita 5 packaging fixed.

Could g’mic-qt be added to the repos in a fashion that it would make Krita work as before?

I don’t recommend building G’MIC-Qt on your own. For cmake build system, building and installing may be fine, but it will be problematic when you try to uninstall it.

Thank you @ishaanbhimwal and @JiaZhang for your replies and the helpful links.

I’ll make do without g’mic for now and use the appImage if an urgent need should arise.