Give me some reasons to choose manjaro over other distro(s)

Hi, I am a new user to manjaro. I haven’t even installed it yet. I am currently using windows 10 in a laptop that has intel celeron n3060, 4gb ram,28gb ssd and intel hd graphics. But i want to install manjaro on my old pc that has 1 gb ram, intel core 2 procesor, and 120 gb hdd. But nothing much.

I have great experience with pacman as i have used msys2 for a lot of time. I even have a some knowledge about arch as i frequently do research about it everyday. I couldn’t install arch on a VM but installed similar distro like anarchy, endevour os, zen installer. So I would be happy to try manjaro xfce or lxqt on my old pc.

But i really want to use lubuntu because that its based on ubuntu, has a larger community, could be faster or lighter on the pc. So i wouldn’t have to worry too much about using lubuntu than manjaro. I have slight experience on apt as i have used it on linux servers, debian based AntiX linux and such.

I have used linux distos on VMs and USB sticks for a little while each like antiX, puppy linux, anarchy, endeavour os, fedora xfce, fedora workstation, slax, tiny core linux, lubuntu lxde, ubuntu core on a server and such.

So, please give me some reasons to use manjaro over lubuntu. I need a long detailed conversations to decide it.

you can see for 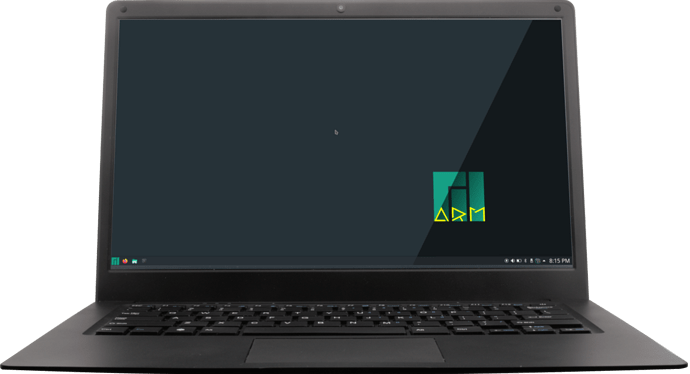 The Pinebook Pro is meant to deliver solid day-to-day Linux or *BSD experience and to be a compelling alternative to mid-ranged Chromebooks that people convert into Linux laptops. In contrast to most…

I already have a laptop. I want to install it on the old pc. Did u not read the whole post?

if you can add Ram maybe …

then why did lubuntu say that i can run it with 1gb? I saw its minimum requirement is 128mb. But 512 is recommended.

manjaro is a rolling release , just try to see in Live USB the result
many live linux try to load all in memory Ram for install

But the alternate installer barely uses any memory to install. It’s made to install lubuntu, not to try it.

So, please give me some reasons to use manjaro over lubuntu.

…all I can see (in my crystal ball) will be a disappointed user.

But i want to install manjaro on my old pc that has 1 gb ram, intel core 2 procesor, and 120 gb hdd.

…1 gb ram is not enough. If you don’t want to upgrade ram (my recommendation would be 4 gb minimum) go with antiX or similar. But i can guarantee, you will not be happy with 1 gb exept you run a barebone system with non graphical apps only.
cheers

From my manjaro on a (old) Lenovo laptop:

My laptop now works well, but I had to setup very carefully to save ram and cpu, and as newbie, it was not a small thing.

As just replied to you, 1gb is inadeguate, even if on About Manjaro - Manjaro), 1gb is recommended.

If you want to compare manjaro vs lubuntu, you should try Manjaro LXDE version.
The best advice you can get is to try yourself burning a live iso a run it on your machine.
If you don’t feel like spending some of your free time and getting acquaint with the new system, then I really think manjaro is not for you.

then why did lubuntu say that i can run it with 1gb? I saw its minimum requirement is 128mb. But 512 is recommended.

Maybe they’re talking of a 32-bit distribution. Manjaro no longer has a 32-bit version. Everything is 64-bit now, with extra 32-bit compatibility libraries for older applications that haven’t been ported to 64-bit.

As @stephane said, 1 GiB of RAM is way too low for any kind of modern usage. 2 GiB might work, but even that is going to be painfully slow. 4 GiB is the recommended minimum for a 64-bit system on x86-64 hardware nowadays.

1GB RAM gives me the idea that it’s a pretty ancient computer, and upgrading it is pretty impractical - Lubuntu and Mate would work with a 1GHz processor and 1GB RAM. Peppermint too - LXLE can go down to 512MB RAM so that could fly.

Assuming you’re not going to be doing any heavy lifting, I’d look at LXLE and Peppermint first.

Alright, seems i dont have any other choice but to buy more ram. But would it lag performance if i added a 2gb with the existing 1gb? It would be 3gb, whether numbers like 2-4-8 are required.

No, the numbers don’t have to be plurals of 2. It’s just that memory modules are usually sold with capacities that are multiples of 2. I own a pre-used laptop that has 5 GiB in it.

3 GiB would already make a world of difference, definitely.

Will 3gb be enough for manjaro or do i need 4gb?

I wont play high spec games or such heavy use. I will use it for coding and browsing and sometimes to make videos and play light-weight games.

We’ve got members here running Manjaro in only 2 GiB, and that’s on the thin side ─ they usually get lockups due to swapping and heavy browser usage.

3 GiB is still rather thin, but already a huge improvement over 2 GiB, not to mention your initial setup with 1 GiB.

Most new computers come with a minimum of 8 GiB installed these days, and that appears to be the comfort zone, allowing for some headroom. 16 GiB is also already quite prevalent. 32 GiB is not all that unusual anymore ─ we’ve even got several members with 64 GiB ─ but that’s for high-end gaming and/or professional multimedia productions.

I don’t know whether 3 GiB will be enough for video editing. I’ve done video editing with kdenlive in 4 GiB on my previous machine, and that went well. I guess it depends on how large those videos are that you plan on producing.

Browsing is probably going to be the biggest hurdle, because modern browsers grab all the memory they can get, and websites are themselves quite heavily laden these days ─ most of which comes from advertising and cross-site scripting.

A such Old and Low-Spec System the OP wants to use, is not usable at all in 2021 now. To get any reasonable usage out this Machine he will need a minimal Distro using a halfway decent WM at best. LXDE could work. But as far as Webbrowsing? Well a Lightweight Browser can be used, however limited use it will be.

Well, for the browsing part, I dont use heavy btowsers like chrome or edge. I use firefox as it isn’t that much resource heavy and has features like hardware acceleretion and settings like prioritize performance instead of appearience. Also, i use adblockers, noscript, https everywhere to maximize my performance. I think I can manage it with some twinkering.

Anyway, as i have 4 slots, i could add another 512mb ram i have on a broken laptop. Which would add to 3.5 gb. Please let me know if it would be enough after that.

What I, personally, think is:

Try it, and decide for yourself.

I’ve tried many, many things. All the way from Windows 10 to Gentoo. You’ll find your home (Just, please, try to keep it in the Linux family.)

Manjaro is the only OS right for me. The only one I felt at home with, from researching about it, to using it. But I’ve heard that from many people for different distributions.

So, when all is said and done, it is a personal choice, to be made and lived with by you!

The less RAM you have, the more swap you’re going to need. There’s no way around that.

Anyway, as i have 4 slots, i could add another 512mb ram i have on a broken laptop. Which would add to 3.5 gb. Please let me know if it would be enough after that.

It would be better, but you still wouldn’t be in the comfort zone, by which I mean that your system will either way still be swapping at the least bit of activity.

Also bear in mind that if you don’t have a discrete graphics adapter, then you will lose some of that RAM as shared memory for the video buffer. In my previous machine ─ a refurbished box with an Athlon64 X2 processor and onboard Radeon graphics ─ I had 4 GiB of RAM, but only 3.3 GiB of that was usable by the system itself. In this machine here, I have an Intel i5-8400 with onboard Intel 630 UHD graphics and 16 GiB of RAM, and it’s using 512 MiB for the video buffer.