Getting GTA V to work on Manjaro 20.2

Hi everyone.
I’ve been trying to install GTA V via lutris, but every time i try to install the RG launcher, i get the message window “Sorry, your current Windows OS isn’t supported” i have nothing to do but to dismiss said message. After that, it says the installation went successfully., so i try to run it, but Lutris throws me a window, saying “no file provided” 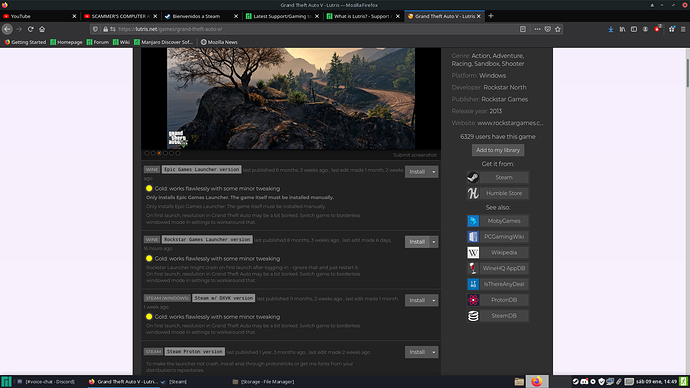 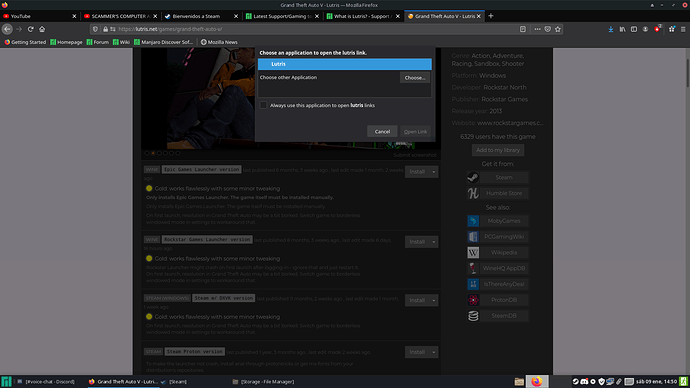 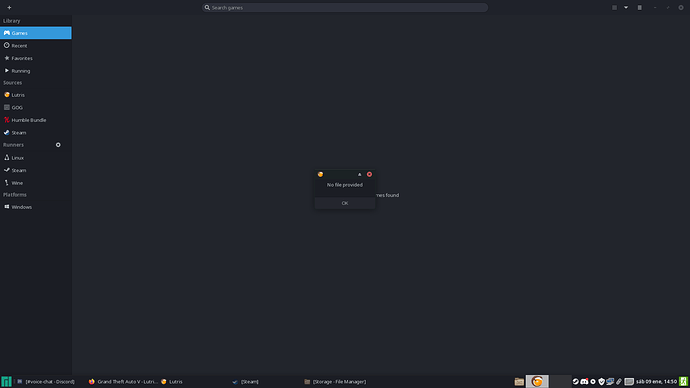 the kernel active at this moment in my system is the Linux 5.9.16-1

That means it is not installed. Either because it failed to install, or because the install script (which one, we can only guess at this point) on Lutris is broken. That means it doesn’t find the Windows executable it is supposed to start from its configuration.

i tried to provide manually an executable for the launcher too, gave same result

I just tried and get the same error,i noticed that the wine prefix is set to Windows XP for some reason,thats why the Windows OS not supported message,

To fix it, click the little arrow in the GTA V and select Wine Configuration 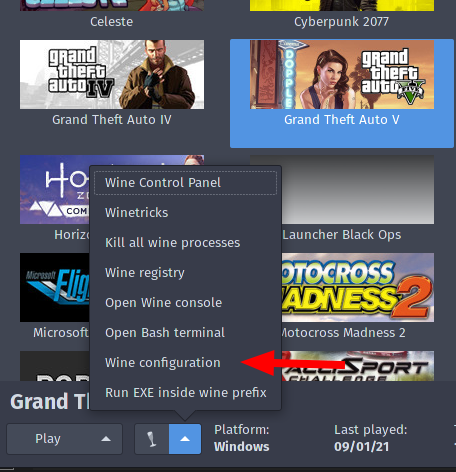 It should appear a window,select Windows 10 in Windows Version,then apply then ok. 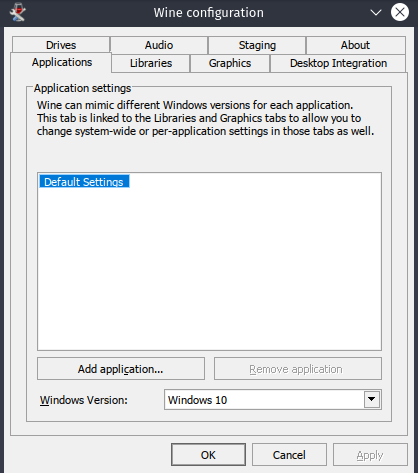 Download the Rockstar Launcher launcher manually then in the settings of lutris,you need to select the installer manually. 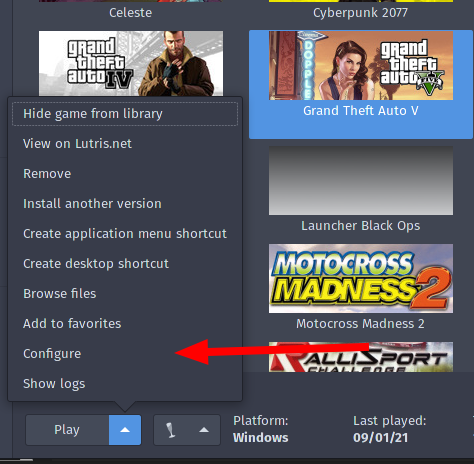 In Executable select browse and select the rockstar launcher installer. 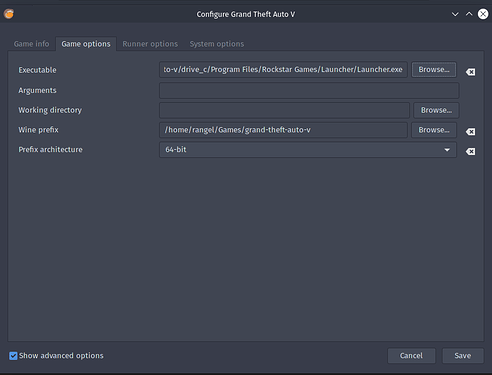 Now let the launcher install,when its done,don’t log in,close the window and change the executable to the Launcher.exe in Program Files,assuming you installed the game on your Games folder in your Home folder it should be

Save and now you can start the launcher and login,download the game normally and then play

Indeed something is wrong in the Lutris install script, it looks OK it should have set the prefix to Win10 but it doesn’t. 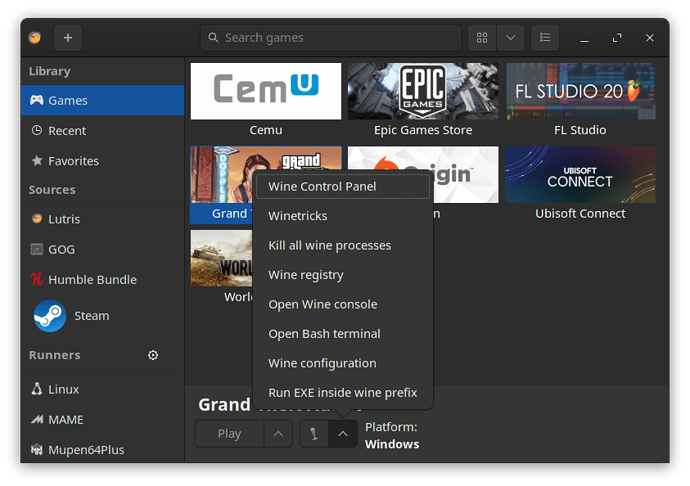 Instead of editing the game option in Lutris, the preferred method should be to use the Run EXE inside wine prefix submenu item in the WINE menu of the game.

you guys saved my bottom today 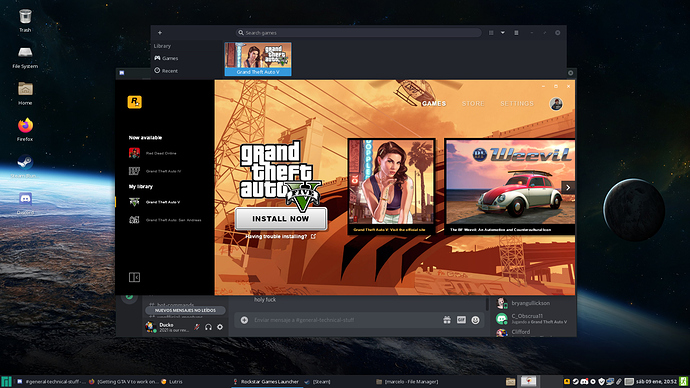