Geekbench scores much higher on Ubuntu 20.04 vs current Manjaro

I just bought a Dell 5760 with Ubuntu 20.04 Gnome preinstalled. I ran some Geekbench on it and the scores were around 9500, after I installed Manjaro KDE they were around 6000 ish.

What could be the cause of such a large difference and what can I do to fix?

I would like a faster machine but couldn’t go back to Ubuntu after Manjaro! 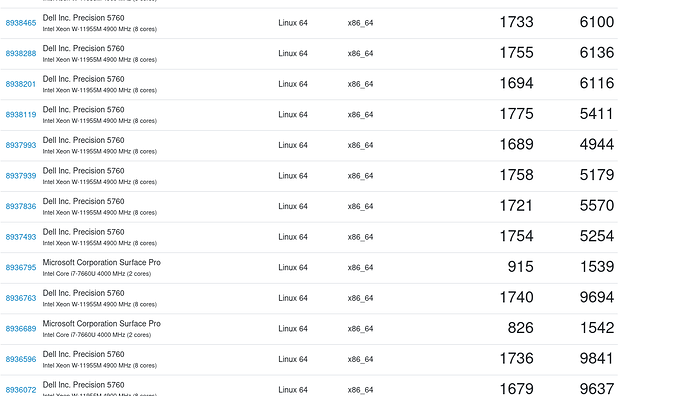 This image don’t show anything – there is several results and doesn’t show which result is from which OS. The difference may be caused by anything. Software versions, running programs etc. This is unsolvable problem – we know nothing about environment differences between tests.

I would like a faster machine but couldn’t go back to Ubuntu after Manjaro!

Don’t bother some random tests – just use Manjaro if you like.

The ones at the bottom are oldest, before I changed from Ubuntu to Manjaro.

The ones at the top are most recent.

I hope this is clearer and someone can help me understand why Ubuntu seems to have 50% greater scores.

Which – you have at least three versions to choose: traditional, minimal and minimal LTS.

For Manjaro Gnome: CPU Power Manager - GNOME Shell Extensions
You can enable “High Performance” and “Turbo” in this Gnome extension.

I suspect it is already preinstalled in Ubuntu Gnome.

I checked Manjaro Gnome in my old notebook Thinkpad X280. 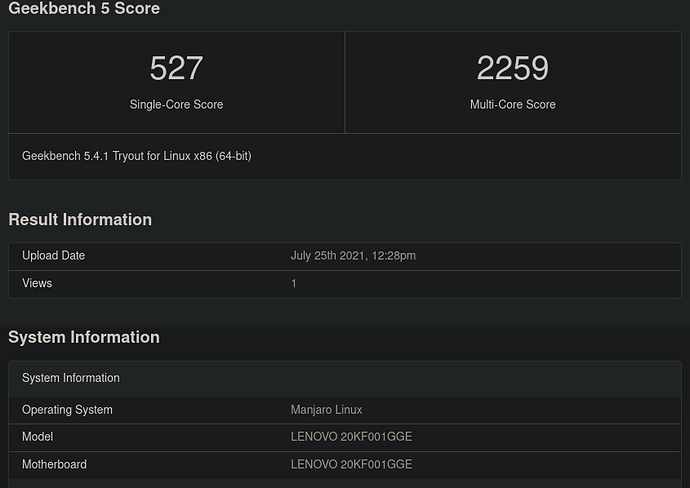 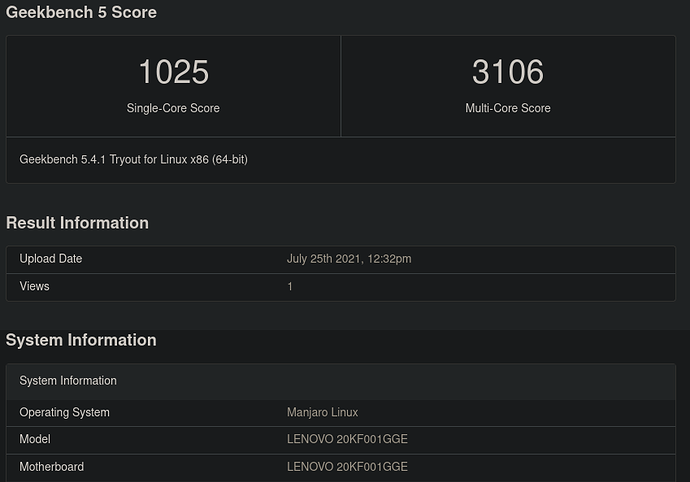 You can see both are different performance because of this extension for CPU .

From kernel version to CPU governor to power management, everything can change the score. I suggest at least check with something like cpupower GUI when running Geekbench, see if all cores boost to their spec and the governor used is capable for it (e.g. schedutil or performance). Oh, match the kernel version, too. Some kernels have more mitigations against hardware based attacks like the kinda old Spectre and Meltdown (that can actually be disabled) that result in significant performance penalty.

Which – you have at least three versions to choose: traditional, minimal and minimal LTS.

I will try steps from that page. Thanks

Here are the results, the screenshot was real bad to show anything relevant, besides the tests ID

A better look: Dell Inc. Precision 5760 vs Dell Inc. Precision 5760 - Geekbench Browser
So basically single core is right on the ballpark of run variance, but multicore isn’t. That would suggest either power limit throttling (half likely) or disabled hyperthreading (more likely), especially since tests that are well scaled over threads (such as SQLite) result only in ~50% score.