Hi there, I just did a fresh install of Manjaro KDE on my laptop with a dual Intel and Nvidia GPU. I’ve got bumblebee setup and am able to run Linux games such as Team Fortress 2 on my Nvidia GPU no problem. However I am seeing an issue with Windows games running through Proton. I have verified on protonDB that these games do in fact run on Proton. When I click play the “Preparing to launch…” window comes up and it just gets stuck there. I’ve tried running steam via command line and this is what happens the first time I hit play on a proton game:

If I hit cancel and try it again, I just get

All my games are installed on a ext4 drive. I have a SSD where my OS is installed and a mounted HDD. I have games installed on both and Proton games do not work on either, so I feel this isn’t an issue with my storage devices.

Anyone have any ideas what may be the issue here? Any help is greatly appreciated!

I have games installed on both and Proton games do not work on either, so I feel this isn’t an issue with my storage devices.

Some games running with Proton need to be installed on the default path. Changing it to a custom library path cause this issue.

A little workaorund would be creating a symlink from the HDD to the default path.

That doesn’t appear to have helped. For clarification the primary game I’ve been testing with Proton is installed right on my main SSD. Got this, which I’ve also seen before when trying to launch.

This information is not useful… however. Did you try different proton versions?

Would there be a better output or log? Yes, I have tried different proton versions and uninstalling/reinstalling and verifying their integrity

Here are Variables to get more detailed logs:

Proton requires Vulkan and Bumblebee doesn’t support that,what gpu do you have?
You can try forcing Proton games to OpenGL instead of Vulkan but the performance can be a little worse than normal,right click on the game on steam and go to properties and in the launch options type

Then start the game,the game should appear now.

Awesome! Thank you this fixed it for me. Luckily performance isn’t a huge issue as I’m not playing super intensive games.

Just as a side note,if you have a not-so-old nvidia gpu you should install the prime drivers instead of the bumblebee,in my case I have a intel gpu and a 1050 Ti. 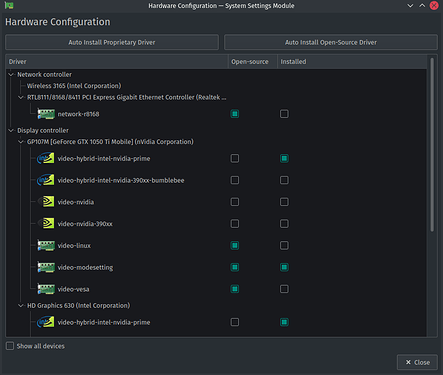 This topic was automatically closed 24 hours after the last reply. New replies are no longer allowed.