I just brought a new laptop (Thinkpad). I downloaded the latest KDE normal ISO (2126) and chose proprietary drivers (have nvidia GPU), and booted up the live disk. But everything looks… terrible. This is a 16" 2560x1600 display. 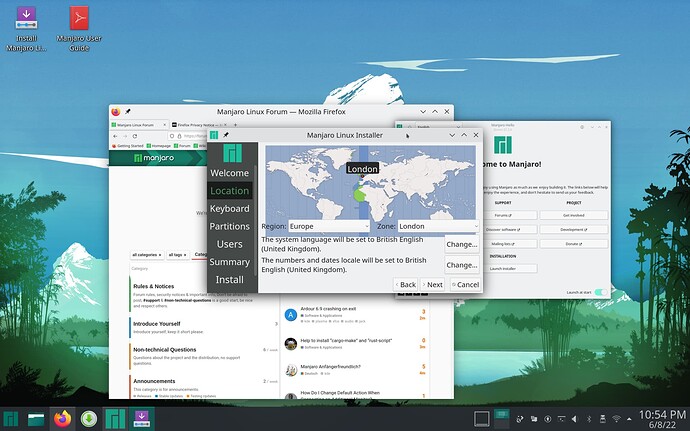 I didn’t change the window sizes, fonts, scaling, or anything. I just booted to USB, chose proprietary drivers, and opened some windows.

The cursor is too small, everything in Firefox is too small, all the other fonts are too big in proportion to the display, and the windows which do attempt to scale, like the Manjaro installer, are way too small with different elements of the program truncating and overlaying where they shouldn’t.

Booting up Kate, without changing the window size, is similar but it only seems to scale the text, and not the icons, which appear far too small. 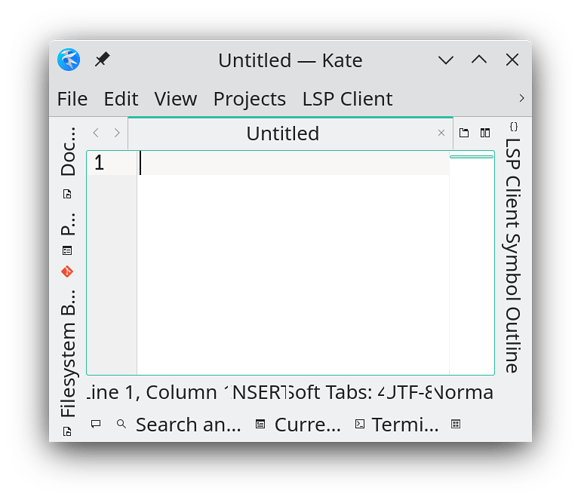 After trawling through the forums, I presume this must be Wayland, but the confusing part is why it’s being used as the default at all, and why I can’t seem to switch back to the old Xorg (there is no button in the login screen like there used to be).

I also followed a guide which I thought would fix things but after rebooting nothing has changed.

Difficulty: ★★★☆☆ Wayland does not play well with proprietary drivers. Currently the biggest issue is that NVIDIA does currently not support Xwayland properly, so apps that require it get software rendering. This includes most games, which are the most common use case for proprietary NVIDIA drivers. This is why GNOME automatically disables Wayland if you have NVIDIA. However, if this does not deter you, you can use Wayland with NVIDIA drivers. Here is how to do it:

If not using GN…

What am I doing wrong? Have a made a fatal mistake buying an nvidia laptop - should I just return it and find something with AMD graphics?

Extra: I uninstalled, went into the UEFI, changed the graphics from “discrete” to “hybrid” mode, and reinstalled with proprietary drivers, and from this Manjaro seemed to decide to use Xorg. But everything was very slow when using an external monitor, presumably because it wasn’t using the GPU. I feel like I am stuck between two bad options here.

Conclusion: On the whole this is very frustrating, after many reinstalls I can’t figure out how to get this all to work. Manjaro has served me well on my desktop and I just wanted a powerful laptop to replace that with. I am happy to spend time troubleshooting but this feels ridiculous, from the get-go nothing is right. Is that just my bad for getting nvidia? I chose a Thinkpad because they come recommended as working well with Linux!

If I am repeating a tired complaint please link me to the forum post I didn’t manage to find.

In case this is useful

You are on xorg, not Wayland.

just a second to slow…
just to be shure:

Thanks guys, you are right, that is X11/xorg. I was confused by the behaviour. In any case, I can’t get the scaling right! It says I’m at 100% global scale and can’t go down any further, but everything is either too big or too small! Is this just an nvidia issue?

Wayland might work better with scaling. Try it. I’ve been seeing people have good results with recent Nvidia drivers and Wayland.

It doesn’t work. I installed plasma-wayland-session, rebooted, chose Wayland, entered my password, goes to a black screen, resets back at password prompt 5 seconds later. A cursory look at journalctl reveals these entries with “wayland” at that time

I have the same problem and there is a solution. With nvidia on my laptop, it seems that with kde there’s some DPI problems

add this option in your /etc/X11/xorg.conf on the “Device” or “Screen” section ;

if you don’t have a xorg.conf, generate it via sudo nvidia-xconfig
Wayland doesn’t work for me with KDE-Nvidia, it’s not really ready yet, stick with x11 for now

Hey, thanks for the suggestion. I tried this on a brand new install but after rebooting nothing is different.

I’m really starting to think I should just return this machine and just get something with only intel integrated graphics… I only need to do light photo editing with GIMP and be able to run a couple 4K displays. I don’t want to be 10 years down the line and have nvidia’s proprietary drivers just drop support or something.

did you tried changing the dpi? go to system settings/fonts and force DPI to 96, click apply, if 96 doesnt work try different one

You sir are my saviour!

After a couple of reboots I have settled on this combination:

Everything looks great on both my laptop screen and external monitors. I’ll have to finish setting up my system proper with all applications to be sure, but things are looking very good right now.

As an aside, do you know if there’s a good way I can submit this feedback to the Manjaro team? I presume the issue is reproducible on at least every model of this laptop, and possibly more laptops with a similar configuration.

this is a kde issue, and its very likely a know issue to them, there are already posts with dpi/scalling issues… so you dont need to report anything…

Got it, no worries. Thanks again for your help.