I just tried to update my Manjaro KDE, but the last few lines of the process is as follows:

How to resolve this issue?

You could start here:

have you installed npm ?

somebody did sudo npm is my guess.

somebody did sudo npm is my guess.

To understand why @cscs has accessed the situation correct one must understand the package manager within the realms of an ArchLinux based system.

The package manager - pacman and the supporting library libalpm - keeps track of files which exists as a part of the system.

When pacman encounters files - in system locations - which is not registered within the pacman registry - the package manager refuses to commit the transaction.

This is a very reasonable behavior and the only way to avoid such situations is to avoid using arbitrary applications as root to install files to system locations.

Always avoid commands like sudo npm or sudo pip as it will - sooner or later create issues like this.

Avoid pacman transaction failures Whether you are a developer by trade or you are a hobby coder there is nothing more annoying than update issues due to conflicting files and cancelled transactions. Spend your time coding As a long time developer - using Arch and Manjaro - I can tell from experience - having your workflow broken is extremely stressing - especially due to system issues. Issues you could have avoided and I will share with you - how to avoid them. Spend your time coding instead …

I just did it, but the last command line returned with the same error again:

I was trying to install topsi-project-manager: 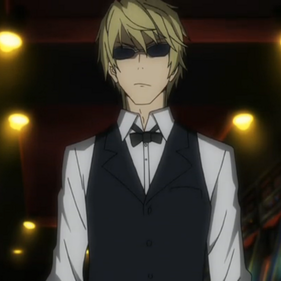 A Desktop Kanban board app. Contribute to Physiix/topsi-project-manager development by creating an account on GitHub.

Just by reviewing my history, I think I’ve found the culprit at 337 (I don’t remember why I used sudo there, but obviously I tried to use npm without it):

That’s the only occurrence of sudo npm in my history.

That’s the only occurrence of sudo npm in my history.

And now exactly this is causing your problem.
You can try to force the update via

Ah, you did remove npm. The update went successfully and you now just need to reinstall npm with that same option:

Thanks @freggel.doe , this resolved my issue. Special thanks to @linux-aarhus, since I understand how the problem occurred and how to avoid similar issues in the future. Hope this thread will be a good asset for similar stories in the future.

Technically the solution was already described in the first answer from @merlock.

And now it even practically became an accepted answer.