Does it seem safe to remove all of the following orphans?

I try to remove my orphans manually for the first time ever and that’s why I’d like to double check with you guys if I’m not missing something big here. Please check below my pacman -Qdt and let me know if I could proceed with such removal.

The following packages confused me here: dmenu-manjaro, syslinux, setconf?
Are they really safe to remove?

Besides, I usue atom-editor, viber, etc. on daily basis, why would it treat those apps as orphans? So, I’ll proceed with:

I double checked and these packages are installed by AUR, which probably means those are also false positive orphans and I need them as well:

Usually I use GUI to install my packages. Imo those false positives shouldn’t happen. So confusing.

There is another post about AUR packages being shown as ophans. Apparently it has been fixed in the newer version of Pamac.

I already use pamac 9.5.8-1, but I guess it doesn’t work retroactive, therefore I should mark some of those packages as explicitly installed. Is there any standard procedure to identify which of those packages are safe to remove? I’ve seen many cases of people running into big issues upon removing some of the false positives. Thanks.

I don’t know if there is a standard procedure to do this or not. But you can start by marking the packages that you know that are installed by you as Explicitly installed. Some of those packages listed might just be dependencies of the AUR packages.

As described above, I did exactly that, but unfortunately, none of the rest of those packages seem dependencies of my 3 manually installed packages.

If you have to ask whether a system command is dangerous (or not), you need to do a backup first:

and if the command you entered is:

I’ve never had any issues removing orphans that way… (not saying that you won’t, so still take a backup first)

Thanks. I use pacman for that purpose:

BTW, thanks for the link, seems very useful!

Omit the --noconfirm switch because your reviewed package list from the 1st command could get alot bigger due to -s switch (recursive) on that 2nd command.
Better take a good hard look at the actual list of packages that are about to be removed when you issue that 2nd command.

The 2 lines of code I pasted above are included within a script originally made by @pux (therefore I will mention him, so he may follow up to your comment if needed) : 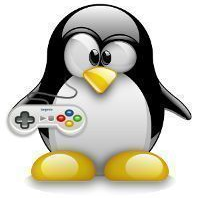 Luckily for me, I never ran the second command yet.

That script also contains the yay -Yc command for orphan and yay cleaning. Never knew there was a command to clean yay. Tried it out and it removed 6 packages.

I guess those are yay orphans?

I just tried pactree -u and the result e.g. for package boost is here: https://bit.ly/2EAY3rZ

Does it mean if I try to remove boost with --noconfirm, it would also remove all packages presented on the graph from above link?

If so, then I would know exactly how to make decision which package to remove analyzing it one-by-one.

Does it mean if I try to remove boost with --noconfirm , it would also remove all packages presented on the graph from above link?

To see which package would be removed, (carefully) try the command without(!) the --noconfirm and do not confirm the removal.

Quite a big package. According to this, it would remove only the boost package. I would assume it’s safe to remove, since it won’t remove any other package and I could always install it again if any application may complain about it?

I would assume it’s safe to remove, since it won’t remove any other package

Yes, looks that way. It isn’t installed on my system. ``/var/log/pacman.log` tells me, it got removed half a year ago - probably when I cleaned up orphans.

I could always install it again if any application may complain about it?

Absolutely.
If any application complains - it should have defined boost as a hard or optional dependency and isn’t packaged correctly.

According to the list of my orphans, it seems only one package belongs to the core, which is syslinux. I’m afraid it may be dangerous if I remove it, but since I use GRUB - at the same time it also looks safe to remove. One last check: do you have syslinux installed?

do you have syslinux installed?

No. This one never was installed on my system and I’ve used grub to boot both from BIOS and now UEFI with this installation.

I’ve never had any issues removing orphans that way… (not saying that you won’t, so still take a backup first)

Pamac already had a reported bug in older versions, therefore I felt like swimming in the unknown. After somewhat unnecessary “panic-mode” steps in order to prevent any damage to my Manjaro system prior to my first orphan removal, I finally succeeded to clean my system by using the above command. Overall, I needed to review the list one-by-one and when I identified the packages I wanted to keep, I did the following (before removing the orphans) to mark them as explicitly installed:

Creating backups is important and this is the routine I relied on for this particular purpose before I removed anything:

After the pamac command, I restarted Manjaro and used the aforementioned script that additionally cleared 234M of space.

I have freed approx. 1.5G of my disk space by removing those orphans and after some testings, the system seems stable. This was my very first experience in removing the orphans, so I apologize if I raised some eyebrows out there.

Thank you for all of your patience and support!